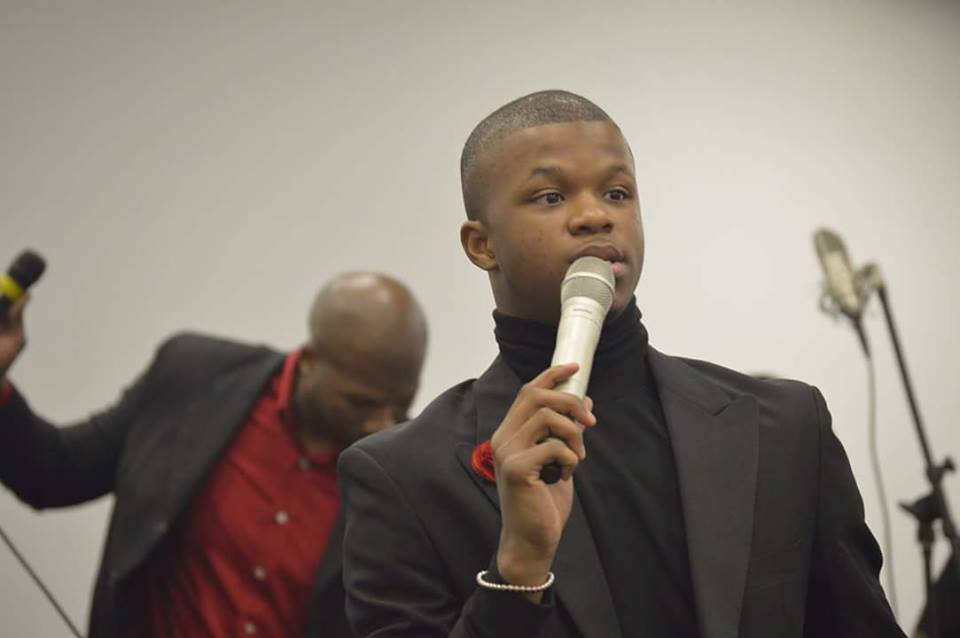 Kelontae Gavin has a growing platform of supporters thanks in part to a You Tube video clip of the Ridgeville, South Carolina native singing “I Won’t Complain” (click here to watch: https://youtu.be/xO5p62fLHC4) in his school’s cafeteria in 2014 on the last day of school; which to date has amassed over 575,000 views. Since then, more video clips of the singer has hit social media platforms with one in particular garnering over 1.3 million views (watch here:https://youtu.be/xO5p62fLHC4). One day a Facebook link was sent to Boone of a young man [Kelontae Gavin] singing one of his favorite songs in his school cafeteria and the tone and vocal ability of this young man singing captured Boone and he just knew instantly that he wanted to work with him. Thats when the one year process started of MBE acquiring him.

“It was a long process getting Kelontae to become part of MBE because of his age but after many emails, phone calls and conversations with his parents we are thrilled and ecstatic to be trusted with such an awesome talent and we at MBE are ready to position him to be a new breakout artist,” says Boone.

Boone is the force behind the explosive success of 2015 Two-time Dove Award nominated and 4-time 2016 Stellar Award nominated breakout artist Casey J who spawned two Billboard Top 5 radio hits “Fill Me Up,” which spent 14 weeks at #1 on Billboard Magazine’s Gospel Airplay chart and eight weeks at #1 on its Hot Gospel Songs hybrid chart in 2015. The single helped propell her best-selling inaugural album The Truth to debut at #1 on Billboard’s Top Gospel Albums sales chart and made an impact on the Billboard 200. Her second and current single “I’m Yours” is currently #5 at radio. Boone was also responsible for buzzed about social media singing sensation Briana “Bri” Babineaux’s 2015 #1 debut digital EP I’ll Be The One making Billboard history as the first vocalist to debut in the #1 spot on Billboard’s Digital Gospel chart without aid of radio airplay, a national television appearance or prior sales history. Bri’s uplifting single also premiered at #13 on Billboard’s mainstream Hot Singles Sales Chart. Boone was recently named a Top 20 Power Player in Gospel music in 2015 by Root Magazine.

For more information on Kelontae Gavin or other MBE artists visit www.marquisboone.com/business.