I have to confess something–I really, really dislike watching ‘Jesus’ movies. I wouldn’t use the word ‘hate’, I mean I love the story; it’s the ultimate revolutionary tale of good over evil and hope for all man kind, so you really can’t beat it. But what I dislike is the gore. Especially the crucifixion scene, I cannot stand to watch all that entails. I’ve been known to cry watching a G-rated Bible flick as part of school curriculum, so there really isn’t much room to move in terms of visually fathoming the story of Christ.

A few years back when The Passion came out, Christians went berserk. We flooded to cinemas, heard stories about people being converted, marvelled at the miraculous things that happened on set, and generally were stoked that someone actually made a Bible based film worthy of airing in the cinemas (Not that I’m knocking the 90s icon that is Left Behind, but come on. We’ve had enough sub par acting and dodgy visual effects).

I’ve actually never seen The Passion and if I’m honest, I really don’t want too. Watching someone die in the most realistically brutal way known to man for two and a half hours really doesn’t appeal me, even if I do believe in the truth of the content. So where does that leave me? I mean, is it right to be all,“Hey, I love Jesus!” and “Look everybody, Jesus died and now He’s alive and hey, you oughta know Him!” if I can’t even stomach the facts and reality of how He lived and died for me? 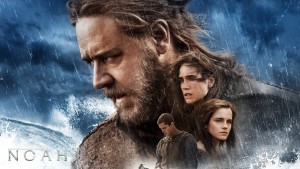 But seriously, how good is Transformers?!

While I can’t handle watching Jesus die, I have been known to see a few other Bible related films in my time. NOAH was just concerning, although I enjoyed Emma Watson’s acting and it’s not so subtle reference to Transformers. Exodus: Gods and Kings was actually pretty good if you could get past the epic face off between Christian Bale and Pharaoh in the Red Sea; it really was like Batman entered a Bible story (so naturally, I thought it was great). And in terms of animated features, we all know that The Prince of Egypt is the way to go. I can watch all these stories and remain largely unscathed. So why is the story of Jesus so different for me?

I’ve heard the story of Jesus’ death and resurrection since I was a foetus. Seriously, my parents were both pastors before I was born, so I am 100% positive I heard the Easter story at least once a week of all 33 weeks I was in the womb (I was a premi, but that’s another story). If scientists have proven that playing an unborn baby Mozart makes them smarter, them I’m convinced I knew the equivalent of seven months of pastoral theology and the significance of a felt wall art Noah’s Ark display before I even saw daylight.

Add on to that years in church services (discounting the times I sat through sermons reading the Babysitters Club), and the ridiculous amount of church extra curricular activities I participated in as a child and pre teen, and you could say I have this Jesus story nutted out. I can read through all four accounts of Jesus death without batting an eyelid, the details have become so desensitised in my brain.

Don’t get me wrong–I know the significance of it. I know Jesus has saved me. I know that without Him, I’m in a whole load of…. some word I shouldn’t say. But I know the story like I know my phone number. It can easily become routine. In that sense, a shock to the system could be a good thing. The visualisation of one of those Bible films, even an early 90’s rendition where Jesus only has three spots of blood on Him, could be good for me. But I just can’t do it.

I can’t do it, because every time I hear the sound effect of nails being driven through Him, I feel like I’ve been kicked in the gut and am left breathless. I can’t do it, because when I see the lines of blood the make up department have masterfully (or not so much) plastered all over the probably-white actor, I think of how I once thought about inflicting them on myself. I see the shame and hopelessness in the actor’s eyes, and I have to look away, because I know that once upon a time, that was a real thing, happening to a real person. A person I love. A person I know.

Seeing it all makes it real. So real, that it would wreck me. So real, that if I were to stop and think about the fact that this is only a mediocre representation of what truly happened, I couldn’t ever move past it. I would relive it over and over and over and over in my mind. I would leave Jesus on that cross; blaming myself for everything He went through. Because the truth is that if I was there, I don’t know what I would have done. Would I have run away like most of his disciples? Would I have denied Him like Peter? I don’t know. My brain refuses to switch off while I get lost in the details of a grotesque death that represents so much of the darkness and pain within me.

I’m talking about this because today I did watch a Jesus movie. Well actually, it was a Jesus TV show and one of the reasons I like it is because it has ninja-angels. Don’t believe me? Watch an episode of A.D.: The Bible Continues or The Bible mini series by Mark Burnett and Roma Downey and you’ll know what I mean. Anyway, I digress. 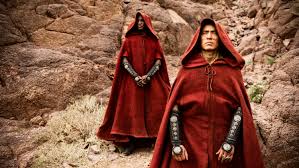 They look calm now, but just wait and see what happens when they enter Sodom and Gomorrah.

This time I still hid my eyes in the crucifixion scene. I walked away when it was getting brutal. But the parts that I did see reminded me why I didn’t need to watch the rest.

I saw Jesus before and after his death, and he was alive. I saw the actor’s portrayal of Christ’s determination to follow through, even when He knew He was about to be completely separated from God. I saw the slight grin portrayed on Jesus’s face when He appeared to His disciples post resurrection, enjoying the awe and delight on their faces. I heard the sound of mercy and grace when He forgave Peter. And I saw the scars painted on the actor’s hands and knew, without a shadow of a doubt, that they were for me.

As a Christian, it is easy for me to live in two extremes. I am either completely apathetic to Christ, so knowledgeable of his story and words that I disengage from their power. Or I am thrown into so much guilt, that I get bogged down in religiosity and start trying to appease the gravity of what Jesus did with works. When I watched that Hollywood version of the Bible today, I was reminded of the middle ground. The place where we know the weight of what Christ did for us; yet do not live within the pain of it–our pain.

It is my privilege to know and believe that Christ took those stripes for me, because it shows that I am free to live without them. As broken as I feel, His death and ultimately His resurrection are proof to me that I am no longer broken. I am whole, an imperfect human being made perfect in His love. It is constant proof to my weary heart that I am allowed to forgive myself, because He has said it is so.

I still don’t like to watch Jesus films that much. But I like the moments that remind me that the words I read are real. And as for the rest, well I just ask you tell me when the gritty bits are done, because I don’t want to relive them anymore. 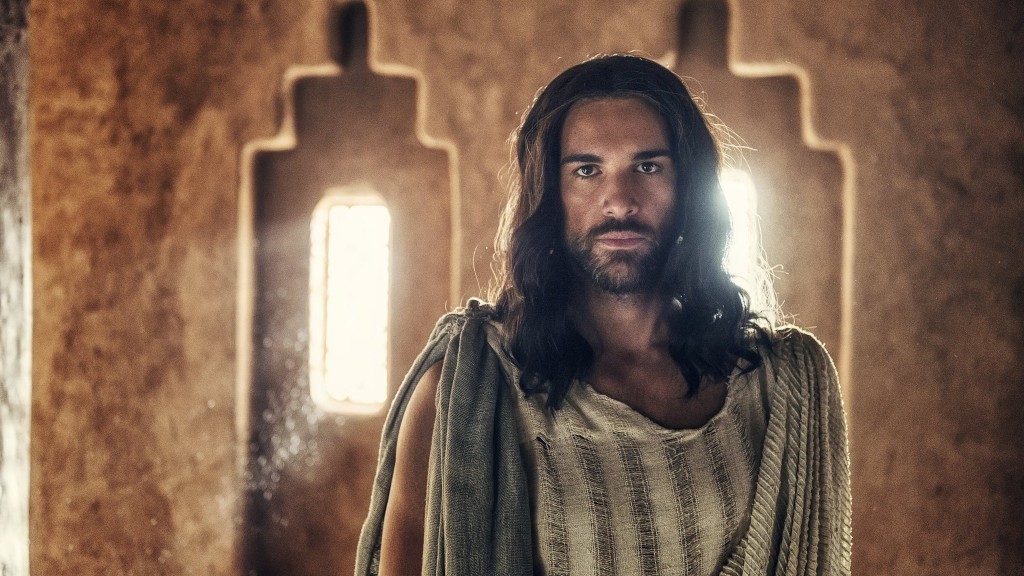