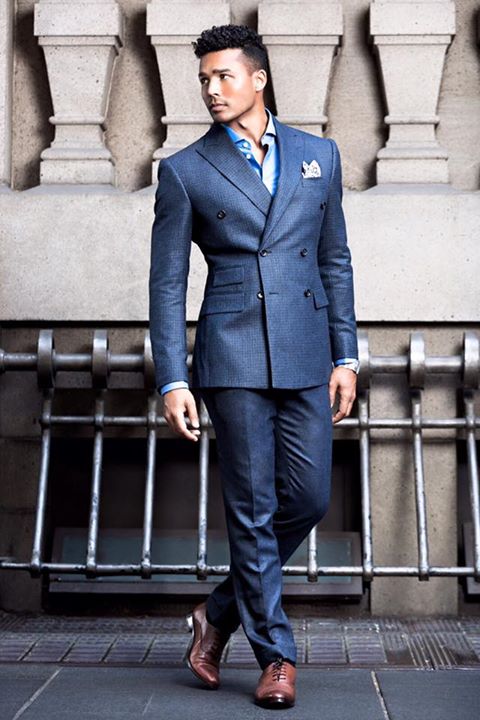 Australian musician Barry Conrad had a whirlwind 2015, releasing his single “Anywhere We Go” and starring as Flick in the musical VIOLET to critical acclaim. Jesus Wired contributor Jessica Morris caught up with the accomplished singer/songwriter and chatted about faith, fame, and the inspiration behind his newest single.

JM: “Tell me about “Anywhere We Go.” What inspired the song?’

BC: “I wanted to write something direct, relatable and cinematic-feeling. It may or may not have been inspired by real events, and it’s the most collaborative I’ve been on a song. Leon Seenandan, who is crazy-talented, produced and I co-produced. I had him do background vocals on the track too, which is first, I’ve only ever done all my own vocals. I also had some of my New Breed girls (of Israel Houghton & New Breed) in Houston lace the track with their vocals (shout-out to Lois Du Plessis, Charlin Neal, Shawn Flowers and Bethany Cranfield). It’s subtle, but adds so much. Those female voices are also like a response to what I’m singing. I basically thought, why not bring as much of who I am to this track? [I’m] so stoked with the outcome.”

JM: “This single is your first original release under the name Barry Conrad. How does it signal a new sound and direction for you as an artist?”

BC: “Barry means “sharp, spear” and Conrad means “brave, wise,” they’re my first and middle names. I feel like this first single really compliments what they mean. It’s bold and unfiltered both lyrically and vocally. I’m in the most free space I’ve ever been personally, which has had a direct effect on my music.” 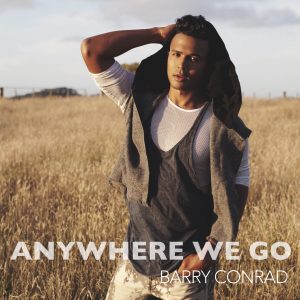 JM: “The film clip tells the story of a woman escaping domestic abuse. What was it like creating such a raw and vivid clip?”

BC: “Writing this song was a pretty visual process for me, which hasn’t really happened in the past. The vision for the video was clear early on, and making it was one of the best experiences I’ve ever had, both as an artist and as a person. Massive shout-out to my brilliant director, Shae Sterling, and amazing team for working so hard to bring it to life.”

JM: “What prompted you to go with just a specific creative direction in this film clip?”

BC: “There’s a lot of layers musically on the recording, but the song itself is actually pretty simple and accessible. I didn’t want to complicate that by being all over the place with the video treatment. Keeping it specific serves the song better [and] just makes it clear and easy for people to get.”

JW: “What do you want people to take away from “Anywhere We Go”?”

BC: “Nothing too deep, to be honest. I just hope they enjoy it enough to want to hear more music (which is coming)!”

JW: “You have always been open about your faith. Can you tell me why you believe it is important for artists with a faith to be a part of the mainstream music market as opposed to staying strictly in the realm of Christian music?”

BC: “I don’t think it’s for everyone. We’re all different and we all have our own path. A lot of faith-based artists, for example, want to head into the “mainstream,” but wonder why doors keep closing on them. Rejection comes with the territory being in the industry anyway. Other times though, I believe a consistent theme of that can also be a sign that you’re somewhere you’re just not called to be. Being able to recognize that is a huge thing.

“Sure, I’m open about my faith, but I don’t impose it on people. I think that’s important. A lot of folks, not just Christians, try and force their beliefs on others. That’s so alienating, off-putting and just not the point. To be honest, I do my best to love people and make good choices. That’s it. If anything about my life opens the way for those bigger conversations to happen organically, I’m more than happy to share.”

JW: “How do you stay refreshed in your faith and keep healthy in such a competitive industry?”

BC: “I just take it one day at a time and keep it simple. A big thing for me is starting my day with prayer and making sure I set my mind for the day. I find that really sets the trajectory for how my day goes. Mindlessly entering a day without purpose gives you a pretty shaky, uninspiring foundation to build from. If you don’t set your own mind, someone or something else really will set it for you.”

JW: “You’ve written for Hillsong before and toured with people like Israel Houghton and Darlene Zschech. Is the creative process and performance of worship styled songs different to your other tracks? Why or why not?”

BC: “First off, have to say how incredibly grateful I am for those experiences. Being able to travel the world doing what I love with some of the best people is definitely something I’ll never forget!

“To answer your question, it’s different but the same. I don’t compartmentalize that idea as much as maybe some others do (this is “Christian” music, this is “secular” etc.) because I believe music is music. There are always similarities musically regardless of genre. The biggest thing that separates one song from the next really is what it says. That decides the place you sing and perform it from, so I’d say that’s the key difference.

“In saying that, I’ve got some songs that have a deeper meaning to me personally, but are written in a way where they sound like love songs to the average listener. There’s actually a ton of songs like that on the radio from so many different artists, if you listen close enough.” 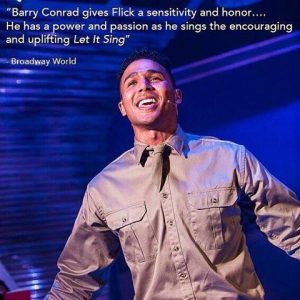 JW: “What is ahead for you this year and how can we support you?”

BC: “I head to Melbourne soon for the final leg of VIOLET (the first Australian production of the Tony Award-nominated Broadway musical hit), more acting and definitely more music.

“Love for you guys to keep in touch with me on social media (@barry_conrad for Instagram and Twitter, facebook.com/barryconradofficial), and to share my music video for “Anywhere We Go” with all your friends!”

JW: “What can we pray for you about?”

BC: “Strength for the road ahead, thanks. Big year.”

JW: “Is there anything I’ve missed?”

JW: “Thanks so much for your time Barry, and Happy New Year!”

Read our review of “Anywhere We Go” here.