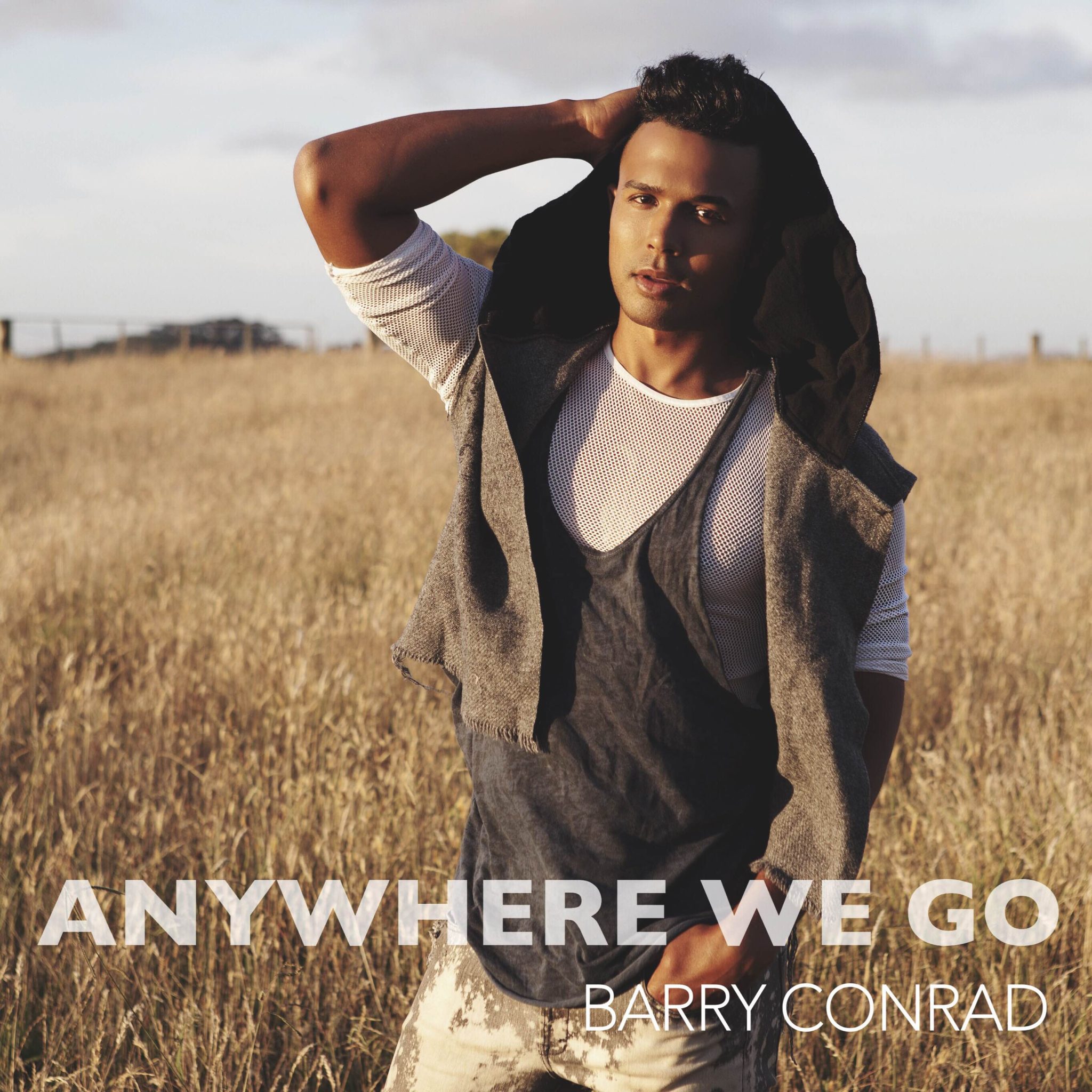 Barry Conrad Raises The Bar With ‘Anywhere We Go’

Stepping out with his first single under the name Barry Conrad (previously known as Barry Southgate), and this Aussie by way of South Africa and New Zealand has made a statement with his velvet licks and a mesmerizing melody in “Anywhere We Go.”

Known for his years of the Aussie music scene and as a finalist of Australia’s X Factor, chances are you’ve caught Conrad on tour with CCM icons Darlene Zschech or GRAMMY winner Israel Houghton. In fact, you may have even found yourself singing his lyrics in the past, Conrad having penned tracks for Hillsong and Hillsong Kids. “Anywhere We Go” then is a bold new chapter in the talented singer’s career.

Opening with a thumping beat, light keyboard dances on top of the pop chord progression, allowing the combination to cultivate an immediate intensity that will pull you in. Delivering a love song, the challenge that befalls Conrad in this single is the ability to make it take off and stand out. The good news is that not only does Barry have the chops to pour his heart and soul into the tune, but he also delivers it with a sincerity and professionalism that can only be attributed to wealth of experience. The highlight of “Anywhere We Go” is the chorus, breaking down enough to communicate the intensity of song, but not missing a beat as it folds you up a captivating story that is both haunting and beautiful.

Melding soul and RnB tones together to form a pop ballad, the sound borders on the synth sound currently topping the charts, but manages to keep from becoming a dance song or a cliché tale of love. The role of the video clip is partly instrumental in this, depicting Conrad finding love with a woman escaping a relationship marked by domestic violence. Between the film clip and the depth of Conrad’s delivery, we are able to see that there is something quite unique about the singer; sincerity and a distinct vulnerability appear to be his foundation as he creates and releases songs showing there is a wealth of talent just below the surface.

I question whether CCM audiences will be able to fully appreciate this offering from Conrad. The quality of the track and its tones exceed what you’d normally hear on Christian radio, and because it is different to your generic ‘Christian’ sound, people may dismiss it. This would be a huge loss though, because if there is anything that this track shows me about Conrad, it’s that the depth of quality displayed in “Anywhere We Go” is not just needed in Christian Music, it is necessary. And just like Switchfoot or NEEDTOBREATHE has reshaped how we view guitar driven rock tunes, Conrad holds the potential to do the same for the RnB genre- if we give him the room to do so.

Irrespective of your options of CCM or secular music, you can’t fault Conrad on the delivery of a moving and compelling lead single, delving with class into a sensuality we often don’t know how to handle or skip all together in CCM. Welcome to the world of Barry Conrad. Allow his velvet tones to take you to another place and remind you of why you first fell in love with soul music. You won’t regret it. And hopefully this is just a signpost of even greater things to come from the Aussie singer.

Our interview with Barry Conrad will be posted tomorrow.

A beautiful blend of pop and soul, Conrad delivers a silky smooth ballad that depicts the vulnerabilities and struggles of love.
Lyrics
75
Songwriting
85
Performance
90
Production Quality
90
Originality
70
Reader Rating2 Votes
78
Overall Positives
Flawless vocals
Perfect pop melody
Exploration of the commitment required in a loving relationship.
Opportunities for Improvement
Its high-quality mainstream sound may put off avid CCM fans.
The lyrics are beautiful but could have delved even deeper into the topics explored.
The sense that there is untapped potential just below the surface.
82