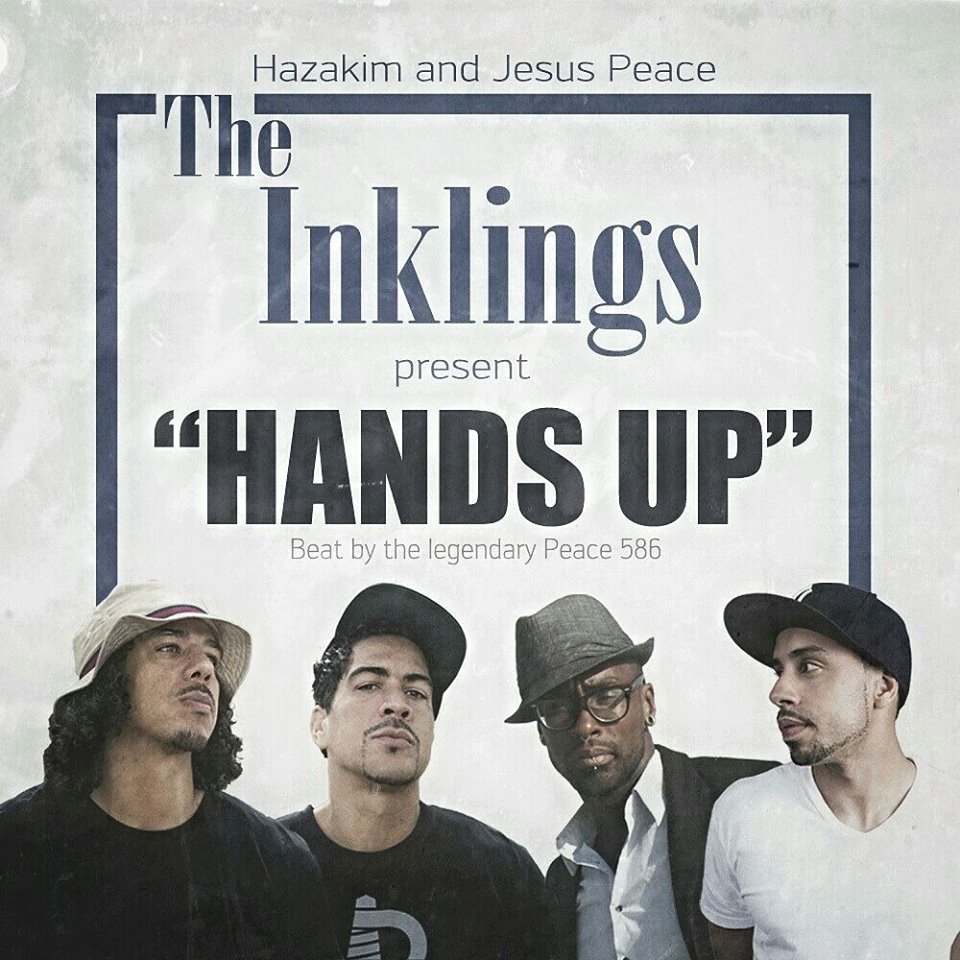 THE INKLINGS
In the early 1930s a group of literary enthusiasts, including theologians & philosophers like C.S. Lewis, formed an informal literary group where members could freely trade ideas, share their works, and enjoy fellowship with like minds. This association of writers and thinkers was known as “The Inklings”. In 2016, four creative artists, whose literary work is accompanied by the beat, have resurrected this moniker, looking to share their work, and message, with the world.

Florida based Lamp Mode Recordings artists, Hazakim, consisting of brothers Mike and Tony Wray, are best known as the Messianic Jewish voice in the world of hip-hop culture. After releasing the critically acclaimed Theophanies, their follow up album entitled Son of Man cracked two Billboard charts, landing a top ten spot. Now expanding their horizons in this collaborative effort, they are eager to up the ante of creative expression while continuing to direct the listener to the Messiah.

Jesus Peace is a NYC-based Gospel hip-hop duo consisting of band members Randy Mason and Damion B. Sanders. The name “Jesus Peace” is a play on the term “Jesus piece” which refers to the gaudy medallions depicting Jesus’ crucifixion worn by today’s flashy mainstream rappers. The name Jesus Peace was chosen because of its relatability to the hip hop community and like a rapper’s “Jesus piece” on his chest, it makes a bold statement for Christ.

The Inklings’ first public offering is “Hands Up”; a smooth-yet-hype ode to classic east coast hip-hop. The beat is by the legendary emcee/producer Peace 586, whose resume, stretching back to the 1980s, includes classic works with Freedom of Soul & the Tunnel Rats. With Peace on the beat, the Inklings present a witty wordplay filled, catchy record that tells the listener to surrender, with hands up, to the Lord. Take a listen by clicking the headphones icon above.