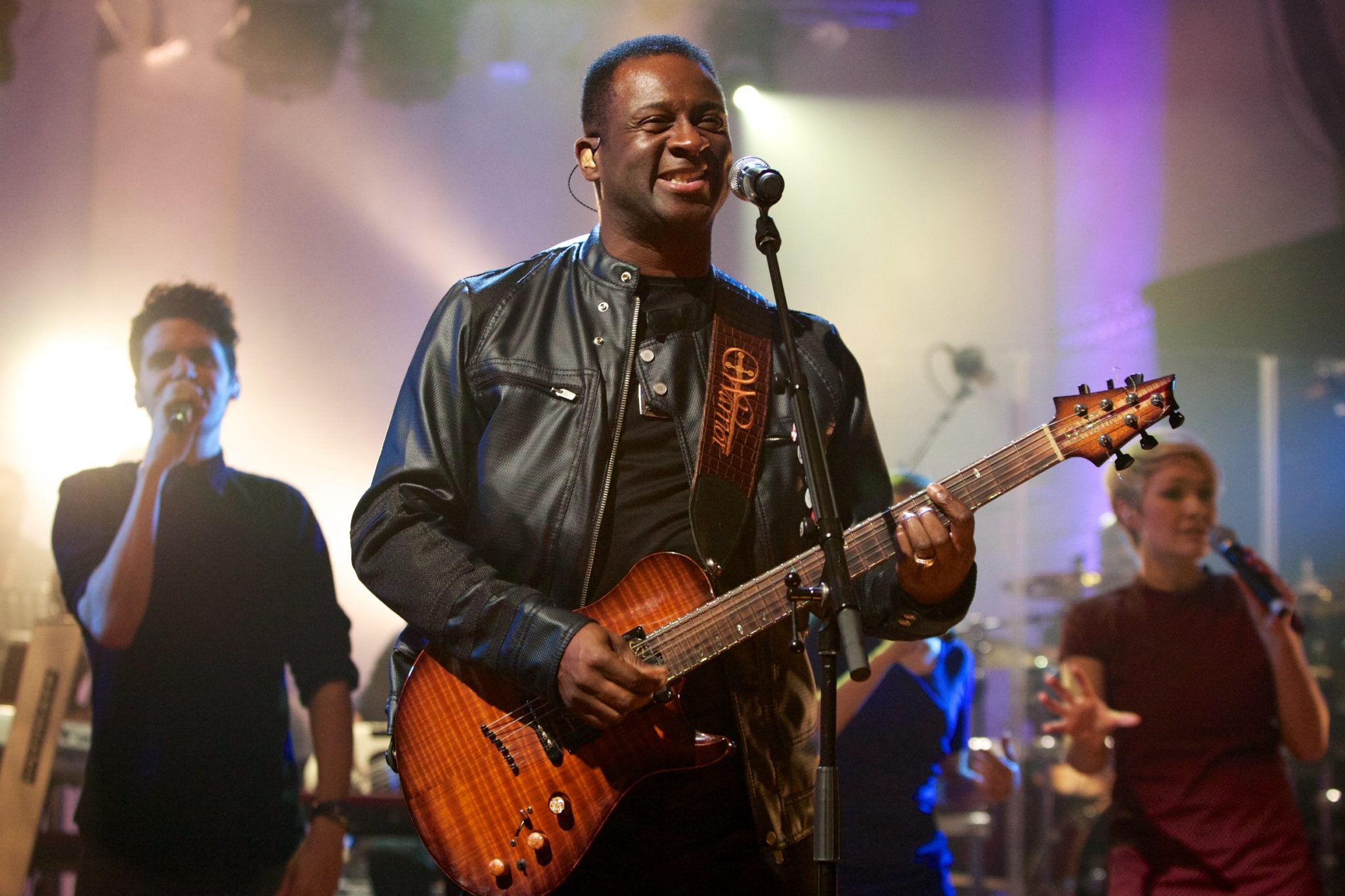 Integrity Music announces the North American release of Outrageous Love, the first live recording from UK-based worship leader Noel Robinson. Signed to Integrity last year, Robinson is a veteran musician known for his genre-bending, prophetic style of worship. Already a best-seller in stores throughout the United Kingdom and Europe, the 14-track Outrageous Love hits Christian retail stores in the U.S. and Canada on January 22. At that time, the project will also be available globally through any region served by iTunes and Amazon with an 18-track “Digital Deluxe” already available through iTunes in some regions.

Recorded live at House On The Rock in north London, Outrageous Love was produced by Robinson and Goziam Okogwu, mixed by the renowned John Jaszcz (“The Yoshman”) known for his work with Kirk Frankin and Marvin Sapp, and mastered at Abbey Road studios. The album features cowrites with Israel Houghton (“Let The People Say”), Matt Redman (“He Holds Everything”), and Christine D’Clario (“Revival In Your Name”) among others, and includes a duet with UK worship leader Lara Martin on “I Worship And Adore You.”

Robinson, who also has five studio albums to his credit, describes himself as a “revivalist at heart,” and his passion for spiritual revival and renewal within the larger Body of Christ and individual believers is reflected throughout Outrageous Love.

“One of the components of revival is unity, and we have successfully and intentionally brought together worshippers from different cultural expressions,” says Robinson of the international and interdenominational representation found in the recording.

“We have begun to see many testimonies and incredible feedback,” he continues. “So many of the songs are starting to be used in local churches… we are hoping that listeners will have a sense of the songs as powerful tools, as backdrops in their personal worship settings.”

One of the songs featured on the album and most often heard in churches is “Rain,” which Robinson describes as a “heartfelt cry from the Bride” directly inspired by Acts 2, Zacharias 10:1 and Hosea 6:1-4.

In relation to the title track, Robinson adds: “The cross and our redemption through Jesus is a completely outrageous act of love… and all who accept Jesus as their Lord and Savior are the recipients of the Father’s outrageous love. Realizing that must stir up our hearts.”

Noel Robinson grew up in the Church of God of Prophecy in England, following in his father’s footsteps as a musician at his local congregation. As a teenager, Robinson also took on the added role of itinerate musician, serving other congregations that did not have a music program. By his late teens, he had become the music director for the denomination’s London district and eventually would serve as its national music and communications director.  Today, Robinson and his wife, Tanya, attend City Gates Christian Center in Ilford, an Elim Pentecostal congregation where Robinson serves as a worship team member. He also leads worship regularly at Kensington Temple in London and at other congregations and events around the world. Last fall, he led worship for the “Empowered21” conference in Jerusalem. Most recently, he led for a Morris Cerullo crusade in California before returning home to England to lead at “Festival of Praise” in Manchester alongside Israel and New Breed.

Additional information about Noel Robinson and the Kingdom Worship Movement ministry that he founded is available at http://noelrobinson.com.