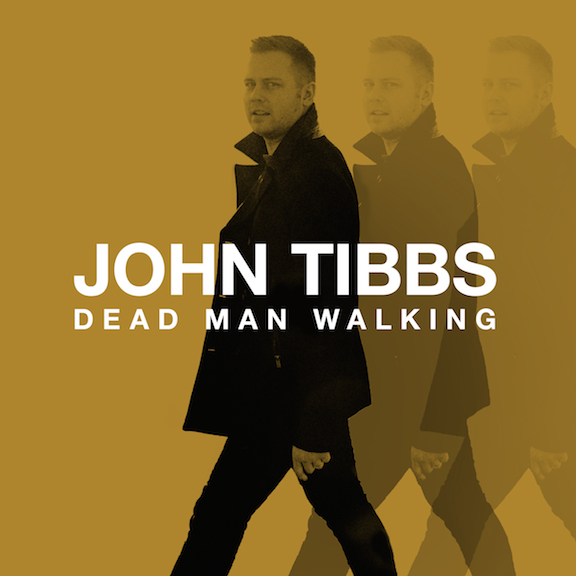 Highlights of Dead Man Walking include the soulful title track (featuring Ellie Holcomb); the edgy truth of “Silver In Stone”; “Abraham,” a song inspired by God’s faithfulness to the Israelites in Exodus; and “Everything I Need,” which holds deep personal significance for Tibbs in light of his struggle with a lifelong speech impairment.

“The song says, ‘Though my weakness ties my tongue, I sing of every good You’ve done.’ It is exhausting to try to hide something,” he shares of the issue he concealed for many years. “Culture says you have to be perfect and have all the answers, but that isn’t a healthy attitude. I started being open about my speech difficulties in hopes that it would encourage other people.”

“There’s a lot of old school country and church hymn-influences in my music,” Tibbs adds of his roots/rock sound. “When I was about 6-years-old, my dad took a position at a church in Punxsutawney, in western Pennsylvania. Growing up there, Bruce Springsteen, John Mellencamp and Tom Petty became the soundtrack of my youth.”

Tibbs, who will join GRAMMY®-nominated singer/songwriter Matt Maher on the road this spring, has also toured with such leading names as Newsboys, Crowder, Tenth Avenue North, Unspoken, Gungor and Audrey Assad, among others. Prior to signing with FairTrade Services, he was a worship leader at Madison Park Church, near Indiana’s Anderson University. As an independent artist, Tibbs amassed an online community of more than 100,000 fans who helped crowd-fund two breakout recordings—Swallowing Death, Breathing Life in 2012 as well as 2013’s Anchor—earning national notoriety on NoiseTrade.