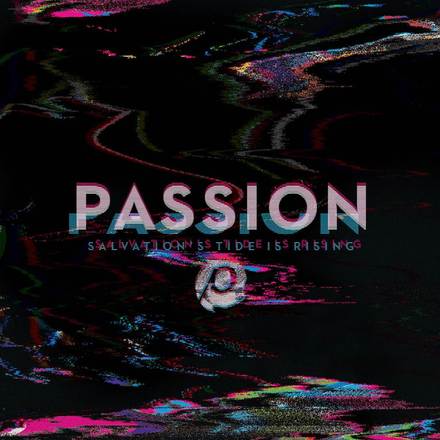 Passion Debuts At No. 3 on Billboard Digital Albums Chart 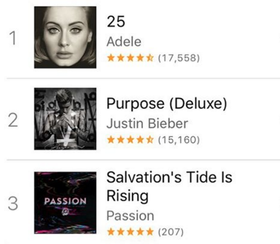 Upon hitting iTunes, the album instantly shot to No. 1 on the Christian Albums Chart, quickly making its way to the Top 3 albums overall, just behind Adele and Justin Bieber.

During Passion 2016, students donated $811,813 to help construct a hospital in war-torn Syria. Once completed, the hospital will serve 12,000 women and children each year and will offer one of the few neonatal intensive care units in the country. Also making an impact locally, students filled bins with thousands of towels and socks – two of the most needed items at homeless shelters – upon arrival at each Passion 2016 location. This year, Atlanta’s City of Refuge and Houston’s Star of Hope received the needed items.

The Blaze reported the album’s success, noting its spot “among the most popular music acts in the world.” Critics are singing the album’s praise calling it “defining music of 2016,” (The Christian Beat) noting “these worship songs are here to stay.” (Hollywood Jesus)

Physical copies of Passion: Salvation’s Tide Is Rising will be available January 29.