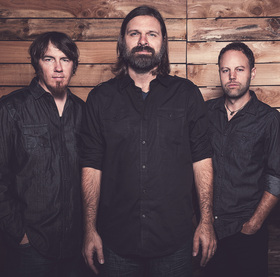 THIRD DAY’s “Soul On Fire” Most Played Song of 2015; The “Lead Us Back” Spring Tour 2016 Dates Announced, Tickets On Sale Now

2015 was a great end-of-the-year wrap up for THIRD DAY. With the announcement of their GRAMMY® Award nomination for “Soul On Fire,” it was also revealed that “Soul On Fire” was the most played song at Christian radio in 2015. The single was officially named the No. 1 Christian Airplay Song of the Year, according to Billboard‘s Christian Overall National Audience year-end chart. The editorial team at iTunes also selected “Soul On Fire” as one of the year’s top tracks of 2015.

“Soul On Fire,” the first single from THIRD DAY’s 2015 album Lead Us Back: Songs of Worship, was No. 1 at radio for 11 weeks, gives THIRD DAY their 12th GRAMMY® Awards nomination. Already with four GRAMMY’s to their name, they are recognized this year in the Best Contemporary Christian Music Performance/Song category. The 58th Annual GRAMMY Awards will be held Monday, February 15, 2016 at Staples Center in Los Angeles and broadcast live on CBS from 8-11:30 p.m. (ET/PT).

With the success of their fall tour run, THIRD DAY will continue their “Lead Us Back” Tour into this spring. Kicking off in Raleigh on February 25 and wrapping March 20 in Washington D.C., tickets for each show on the tour are now on sale. Brandon Heath will again join the band as support on the spring leg. Tour dates are listed below, but be sure to check THIRDDAY.com for the most updated schedule.

Buy Lead us Back: Songs Of Worship on iTunes here