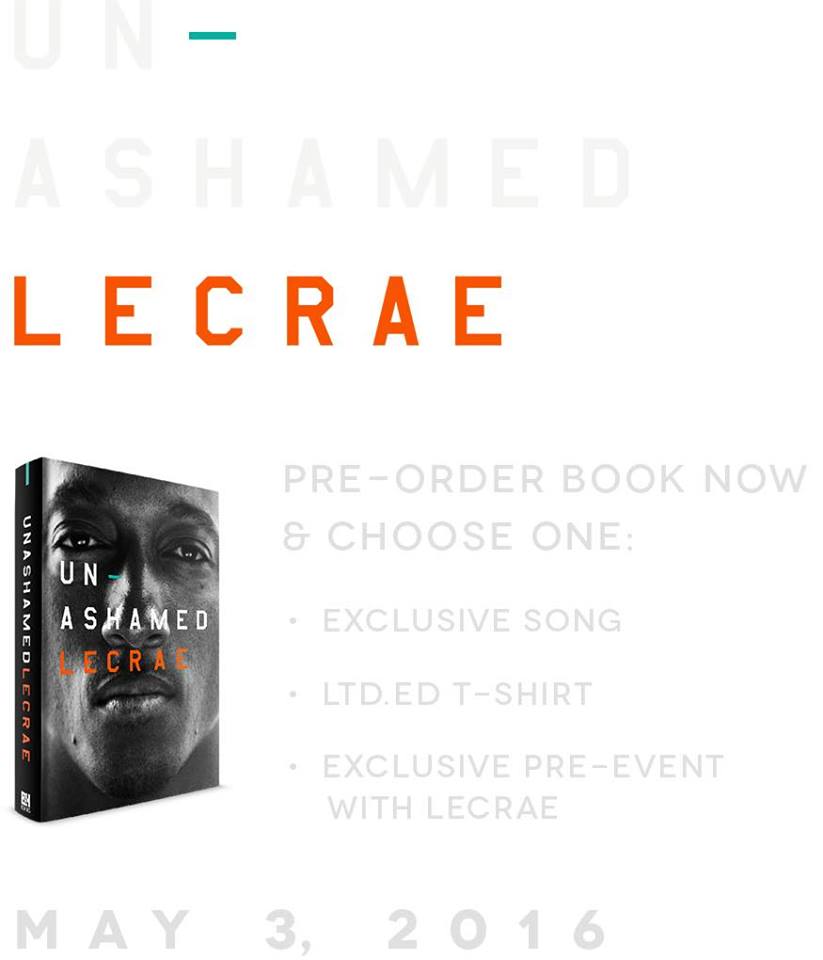 Lecrae’s Unashamed Book To Be Released May 3rd 2016

Lecrae has today revealed that his Unashamed book will be released May 3, 2016, as well as launching pre-orders for it. Pre-buy at http://UnashamedBook.com to get your copy and get choice of a free “Unashamed 116” t-shirt, exclusive song from Lecrae, or other items to be revealed soon. More information on the book can be read below, and the book’s video trailer can be seen above.

About the book:
Two-time Grammy winning hip-hop artist, Lecrae, learned this lesson through more than his share of adversity—childhood abuse, drugs and alcoholism, a stint in rehab, an abortion, and an unsuccessful suicide attempt.

Along the way, Lecrae attained an unwavering faith in Jesus and began looking to God for affirmation. Now as a chart-topping industry anomaly, he has learned to ignore the haters and make peace with his craft. The hip-hop artist holds nothing back as he divulges the most sensitive details of his life, answers his critics, shares intimate handwritten journal entries, and powerfully models how to be Christian in a secular age.

This is the story of one man’s journey to faith and freedom.

About Lecrae:
Lecrae is a Grammy award winning hip-hop artist whose 2014 album, Anomaly, debuted at #1 on the Billboard Top 200, Rap, Digital, Christian, Gospel, and Independent charts. Lecrae has been nominated for five Grammy Awards, including a win in 2013 for Best Gospel Album and Best Contemporary Christian Music Performance/Song in 2015, as well as won seven Dove Awards, secured one Billboard Music Award nomination, won two Soul Train Music Awards and a BET Hip Hop Awards nomination. His seven studio albums and mixtapes have sold more than 1.5 million copies. Lecrae resides in Atlanta, Georgia with his wife and three children.