If an album opens with an introduction track of less than two minutes, the chances of me liking the album go up about four hundred percent. If an album is by The Ember Days, you can crank up that percentage another hundred.

So when The Ember Days’s new album Valitus began with a one minute, forty-five second instrumental entitled “Introduction,” I basically had no chance.

In many ways, Valitus is similar to the past couple albums The Ember Days have put out. You’ve got your ethereal, swelling guitars here, your simple, plaintive piano parts there, and lead vocalist Janell Belcher’s passionate, spot-on delivery over the top of it all.

What sets this album apart, however, is the lyrical content. In the past, The Ember Days have written lyrics that would be perfectly at home with worship songs performed on Sunday mornings, but with this new release, the band explores darker territory. We hear laments and honest discussions of struggle, but as dark as the subject material gets, the album never feels dark. You never feel like the songwriter has given up hope or has stopped trusting in God.

It is this depth of lyrical content, combined with a further exploration of the sound that has made The Ember Days so popular in some circles, that makes Valitus possibly the best album of their short career. 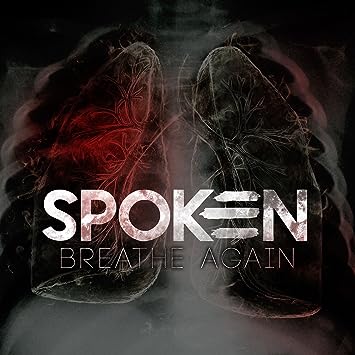 In 2007, Spoken released what I ended up thinking was their last album. Lead vocalist Matt Baird still went around playing acoustic shows, but otherwise, Spoken the band seemed to have gone quiet.

Then 2013 rolled around, and Spoken dropped Illusion. Just like that, they were back. In hindsight, it was really only six years between releases, so maybe I was premature in burying the band. Whatever the case, I’m glad I didn’t, because two years after Illusion, Spoken has released one of their best albums to date. Breathe Again is equal parts aggression and melody, balancing the two extremes expertly. This has always been what I love about Spoken – they don’t sacrifice a poppy, melodic sensibility for heaviness.

Before Their Eyes – Midwest Modesty 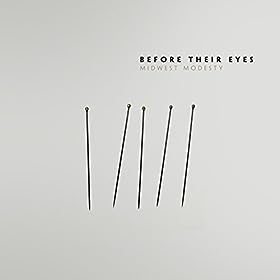 As I mentioned in my June roundup, I’m always a little nervous to talk about anything in the metal and hardcore vein. I can never keep all the sub-genres straight, and so I’m always afraid I’m going to call something by the wrong name.

The good news is Before Their Eyes lists themselves as a post-hardcore band on their Facebook page, and what I hear on Midwest Modesty is essentially what I think of when I think post-hardcore. So maybe I’m learning things.

Whatever genre Midwest Modesty falls into, it is a fantastic album with soaring melodies, attacking guitars, and just the right amount of screams sprinkled throughout. Plus, there’s a powerful guest appearance from Hotel Books, and spoken word poetry over heavy music is one of my new favorite things.

I’ve said it before, and I’ll say it again: When one of your favorite artists recommends another artist, you pay attention. So when Josh Garrels said Holly Ann put out a free album, and it’s gorgeous, I didn’t stop and think. It didn’t matter that I hadn’t heard the name Holly Ann in my life. I went and downloaded it immediately.

And I’ve gotta say, Josh Garrels knew what he was talking about.

Light & Bloom is, in fact, gorgeous, mostly due to Holly Ann’s fantastic voice, but the piano-based instrumentation around her voice and the perfectly-crafted lyrics certainly don’t hurt, either.

Add to all that the fact that you can still get this bad boy for free, and this is a no-brainer of a download.

Do you seriously need more reasons to listen to a band than the simple fact that their name is Noiiises? Spelled with three i’s?

Honestly, that’s all it took for me to like this album. Listen to this song, and if you don’t like it, I can’t help you.

And that is IT for 2015. We’ve made it through. Let’s do all this again next year. Stay tuned for my favorite albums of the year.

Between You & Me – Canyon Worship