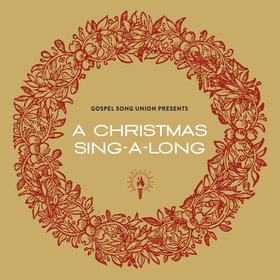 The Gospel Song Union has launched its movement by releasing a free Christmas sampler through their site gospelsongunion.com. The sampler, A Christmas Sing-A-Long, was thoughtfully stitched together by a community of like-minded songwriters and leaders, including Ghost Ship, Citizens & Saints, Kings Kaleidoscope and others. The sampler is currently the top download on Noisetrade.com, and the nine-song album is the first project released in an effort to provide more resources to the Church.

The driving idea behind The Gospel Song Union is that “Pop songs will come, go and eventually fade away, but gospel songs abide in the depths of our souls, traveling with us on into eternity.” Collaborators behind the GSU desire to help churches better prepare their teams and bands to lead local congregations in singing. From chord charts to tutorials and personal insights, the GSU plans to build a library of rich musical heritage, accessible not only to the current generation, but also generations to come.

The Gospel Song Union will take full effect in early 2016, sharing more Gospel songs for the Church to sing.