Jesus Culture will be releasing their new album – Let It Echo – on January 15, 2016.  This is the first album recorded live in front of their congregation at their newly established campus in Sacramento, CA. The album can now be pre-ordered on iTunes along with the instant download of the song “In The River.” The lyric video for the instant download debuted today as well – see below for the video. Click here to pre-order Let It Echo.


Let It Echo captures the heart of the community of the one-year-old church in Sacramento seeking Jesus with a desire to know Him more and to see this passion spread from cities to nations. The project’s songs were written from experiences the church community encountered together. This album includes 12 new songs featuring Kim Walker-Smith, Chris Quilala, Bryan & Katie Torwalt, and more.

Jesus Culture will be debuting the new songs live at their annual conference in Sacramento on January 23rd-24th. To register please visit www.jesusculture.com. Jesus Culture will also be appearing on the OUTCRY tour in the spring. See the complete list of dates and cities here. 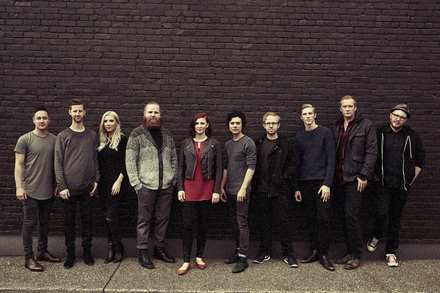 ABOUT JESUS CULTURE MUSIC: Jesus Culture Music is Sacramento, CA-based and led by Senior Team Director Banning Liebscher. Jesus Culture was formed through the momentum of a movement that is focused on equipping a generation to transform society by bringing people into an encounter with God’s love through worship and discipleship. Jesus Culture Music albums capture the heart of this movement. Jesus Culture Music has sold more than one million albums worldwide since their debut project in 2005 and garnered more than 3.8 million followers on social media and over 34.5 million views on YouTube.

Throughout this year, CCMG and Jesus Culture Music have released four successful projects to the worship community: the debut solo release from worship leader Derek Johnson with Real Love; Chris McClarney released a Top 10 Billboard’s Top Christian Albums Chart with his album Everything And Nothing Less; Kristene DiMarco’s album Mighty was the highest selling debut for Jesus Culture Music as a new and developing artist, and this fall, Jesus Culture Music released the first live album from renowned singer/songwriter John Mark McMillan titled Live at the Knight.