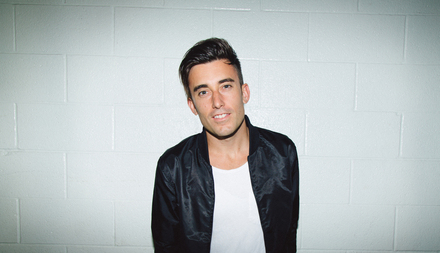 Phil Wickham’s acclaimed single “This Is Amazing Grace” was honored with RIAA Gold Certification for both sales and streams of the song off of his 2013 project, The Ascension. Reaching No. 1 on Billboard’s National Christian Audience Chart, “This Is Amazing Grace” received top honors at the 2015 BMI Christian Awards for Song of the Year and earned Wickham three nominations at this year’s 46th Annual GMA Dove Awards, including a nod for Song of the Year. The hit single was the most played song on Christian radio for 2014, topping Billboard’s 2014 Christian Airplay Song Year End Chart at No. 1. In addition to sales and radio success, the song is No. 2 on the US chart of Christian Copyright Licensing International, recognizing it as one of the most-often-sung worship songs in the church today.

“I am blown away with how the Lord has used ‘This Is Amazing Grace’,” says Wickham. “For the song to reach this achievement is such an honor and I’m so grateful.”

His highly anticipated project Children of God is expected to release in April 2016. 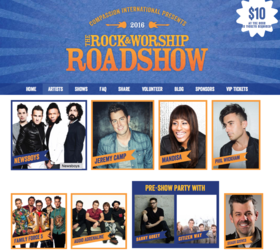 Wickham is set to tour alongside Newsboys, Jeremy Camp, Mandisa and more on The Rock and Worship Roadshow 2016, presented by Compassion International. With a total of 27 dates, the tour will kick off in Springfield, Mo. this February. For more information on the tour, visit theroadshowtour.com.