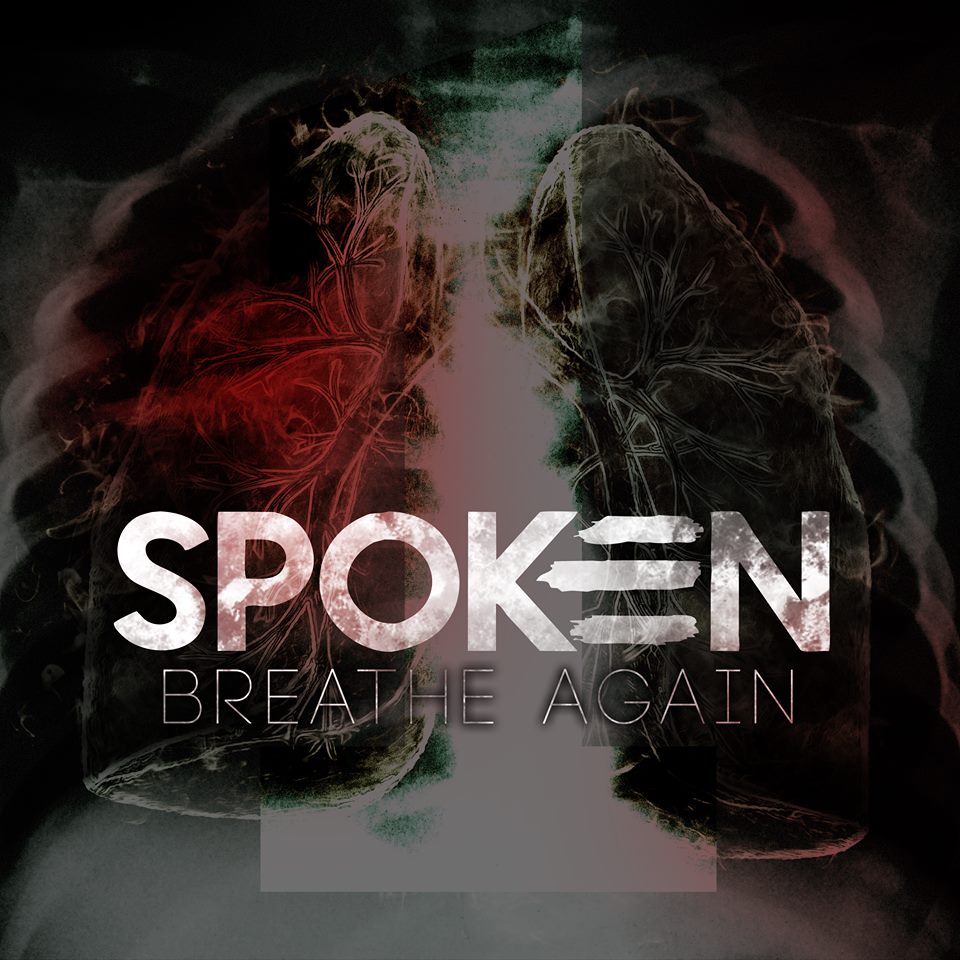 Long-time Christian hard rockers Spoken have been through it all: an abundance of lineup changes, an evolution in sound, and a few different label homes. Now, however, the band (whose only original member is founder and frontman Matt Baird) is back with their Kickstarted eighth full-length effort, Breathe Again, which released on Artery Recordings this past Friday.

The minute-long intro sets the scene for the album, with a deep tone that adds a sense of power to it, before leading straight into “Walking in My Dreams,” a heavy rock song with metalcore instrumentation. The subtle electronics add a nice effect to the song as well. The heaviness, a theme that continues to show up throughout the entire record, stays prominent on “Beyond the Stars,” punctuated by a stellar closing riff. “Surrender” is more of a straight-forward rocker, before the title track brings the metalcore feel back. Here, “Breathe Again” is heavy and anthemic, thanks in part to the guest spot from Memphis May Fire’s Matty Mullins. What really impresses about the song, however, is the orchestral layering underneath the rest of the song’s instrumentation. A similar approach is offered up on “All I Wanted,” an especially melodic tune featuring soaring vocal lines in the background.

The underlying guitar line shines through on “Hollow and Untrue,” while the pace eases up on “Your Memories Are Alive Again,” a slower but rocking tune nonetheless, with “Nothing Without You” following in a similar vein. After a brief reprieve, the heaviness returns on “Poison in the Air,” a decent song overall with a nice riff. The driving bassline from “Falling Apart” helps it stand out, and as a result, it’s no surprise that the song was picked as one of the album’s singles. The radio-ready “Hold On” is another upbeat rocker with a killer riff, this time in the song’s verse. The power-ballad “Take My Breath Away” really finishes things on Breathe Again before the outro officially seals the deal. The outro is merely an extension of “Take My Breath Away” in some ways; in other ways, it’s extremely reminiscent of the intro. Needless to say, it does a fine job of wrapping things up nicely.

Breathe Again is a solid release from Spoken and proves once again why they’re one of the few bands still alive and kicking from the ‘90s Christian rock scene. The group’s continuing to sonically evolve will undoubtedly aid them in landing a new generation of fans. While it isn’t the most note-worthy release of the year, Spoken’s latest has the unique ability of bridging two generations of fans together, something less common than one would expect in Christian rock.