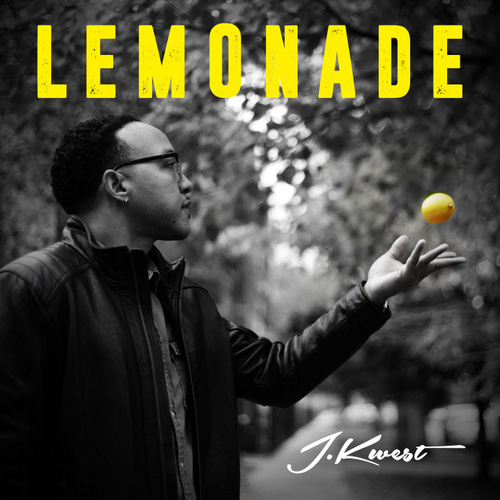 J.Kwest is an emcee; an Emmy-Award winning performer; a writer and contributor to the Huffington Post, and a pastor: truly one of the good guys in Chicago hip hop. He’s also 1/2 of the group Verbal Kwest, and makes dope, refreshing music that is both inspiring and challenging…and fun. J has been featured in Rolling Out and N’Digo magazines; on Dr. Maya Angelou’s Oprah & Friends radio station and at the Children’s Defense Fund; Urban Ministries International has named him “Living Black History.” It’s time you met him.

His newly released album, Lemonade, is a 50-minutes, 13-song storyboard about staying focused, and distractions; staying positive, and disappointments, and J’s imagination of how to respond When life gives you lemons…it is soulful, painful, funny, and – like any lemonade should be – refreshing. The album features Rev. Dr. Jeremiah Wright, poet J. Ivy, Soul Children of Chicago, BreevEazie, Armond WakeUp and Taelor Gray. Lemonade was released on Thanksgiving Day, November 26.