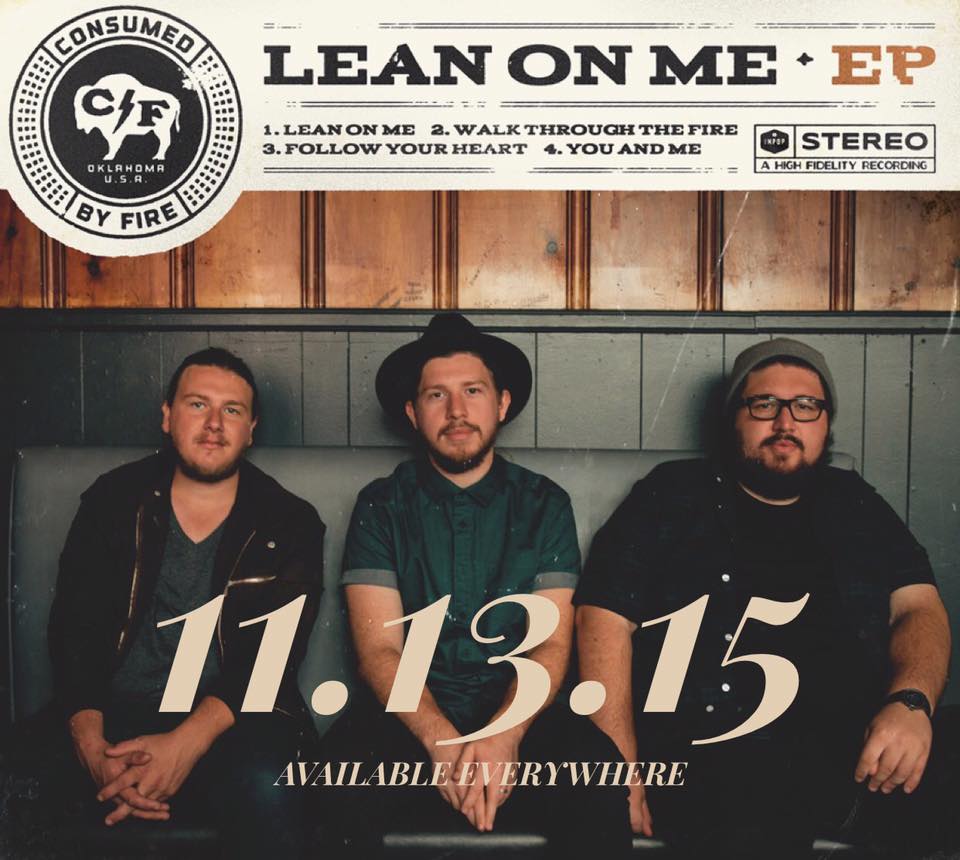 Consumed By Fire’s Lean On Me EP Out Today

Consumed By Fire’s Lean On Me EP released today on Inpop Records. The official press statement on the EP can be seen here and below, and the recently released “Lean On Me” lyric video can be seen below.

Last year, Inpop Records added a brother trio to its roster, otherwise known as Consumed By Fire and on November 13, they will unveil a new EP titled Lean On Me. The EP includes four songs that will also be featured on their forthcoming full-length album, tentatively titled Giving Over that is set to release in spring of 2016.

Made up of Josh, Jordan and Caleb Ward, the siblings recorded the project in Atlanta with producer Scotty Wilbanks. Together, they produced countless tracks, 11 of which will be featured on the upcoming album. See the Lean On Me EP track listing below.

With a sound that has been described as Coldplay meets needtobreathe, Consumed By Fire draws from their diverse musical influencers to reveal a soulful rock sound that stands out among the crowd.

The band’s current single, “Lean On Me” is continuing to impact radio far and wide and has already been added to over 25 stations including Air1. “Lean On Me” is the follow up single to “Walk Through the Fire,” which quickly became a fan and radio favorite when heard on the film’s “Four Blood Moons” soundtrack earlier this year.

Track Listing for Lean On Me:
Lean On Me
Follow Your Heart
Walk Through The Fire
You and Me


Buy Lean On Me on iTunes here

About Consumed By Fire:
Consumed by Fire, made up of Caleb, Josh and Jordan Ward are a musically inventive Southern pop/rock band that combines their church roots with an eclectic array of influences distilled into a sound that is uniquely their own. Growing up, when they weren’t leading worship at their parent’s church, the three brothers were singing songs from Creedence, Bob Seger or The Eagles with their large musical family. It wasn’t long before the brothers found calling and their own musical voice and shortly after, Consumed By Fire was born.

Having already recorded four independent albums earlier in their career, this year the Oklahoma native’s will release a digital EP, with a full-length album to follow in the spring of 2016. www.consumedbyfire.net