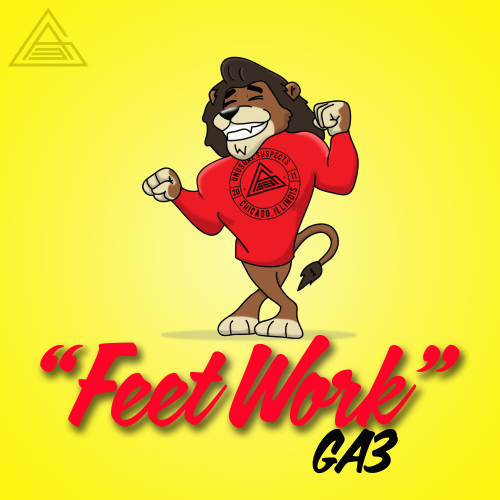 Feetwork is a quick paced track from Chicago hip-hop trio, GA3. Production by Nathional of the Artistic Universe and mixed by TJ Pompeo.

The track is an ode to the city they all love and the sound anyone attending Sunday morning church service will recognize.  “Feetwork merges the sound of the streets of Chicago with the shouting sound churchgoers are familiar with,” says GA3 front man DNell.  “The song is about believers getting up and doing work and not waiting on God to hand you anything.  We gotta make it happen for ourselves sometimes. But also, footworking is a popular dance known throughout Chicago, so it just made sense.”

GA3 is an unsigned hip-hop group comprised of three individuals: VOP, DNell and Trenton. Hailing from Chicago’s south side, the group was formed as a way to keep these young men off of the streets and out of trouble. DNell and VOP both reside in Chicago with their wives and young sons. Trenton recently graduated from SIU-Carbondale with a degree in Radio/TV Production.