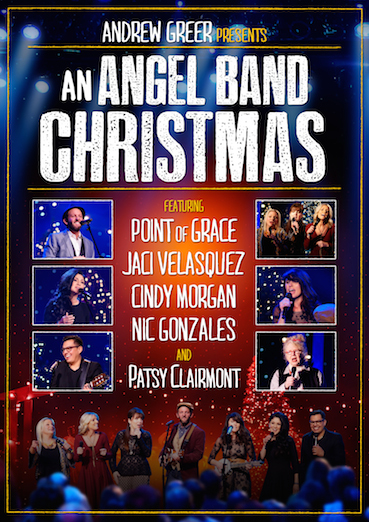 Andrew Greer Presents An Angel Band Christmas is set to make its broadcast debut on multiple networks this season, including Parables TV, Cornerstone TeleVision Network and CTN affiliates around the country. The special, hosted by Dove Award-nominated singer/songwriter Greer, is also available on DVD and as a digital album from LightWorx Entertainment/Lucid Artist.

The hour-long special features such exclusive musical moments as Velasquez’s rendition of the Greer co-penned ballad “Heartbeat Of A Baby”; “Go Tell It On The Mountain,” featuring Greer and Morgan; an acoustic arrangement of the Point of Grace holiday favorite, “Immanuel”; and Gonzales and Velasquez’s duet, “Noche de Paz (Silent Night),” among other performances.

“In my own musical efforts, whether on record or on stage, I have been compelled by collaboration,” said Greer of the program’s inspiration. “Because music is so communal, I have always kept my musical friends close during the creative process. Christmas is also communal—school programs, neighborhood caroling, family dinners, candlelight services. So I wanted this live project to set the stage for communion by celebrating one of the true gifts of Christmas—relationship with each other, and with God.”

Greer will kick-off the holiday season November 30 with the “Andrew Greer and Friends: An Angel Band Christmas” concert at the historic Franklin Theatre in Franklin, Tennessee. Featuring Cindy Morgan, Ron Block (Alison Krauss & Union Station), The McCrary Sisters and Patsy Clairmont, the evening will benefit Food For the Hungry Nicaragua. In addition, his popular annual “Angel Band Christmas Tour” launches December 2 and will hit Dallas, Minneapolis, and Starkville, Mississippi, among other cities.

Angel Band: The Christmas Sessions, Greer’s holiday debut, released to critical acclaim in 2013. He also produced the best-selling, Dove Award-nominated All is Calm, All is Bright: Songs of Christmas (2014), as well as this year’s best-selling O Come Emmanuel, an instrumental recording of carols and modern choral anthems. Both projects are available exclusively at Parable Christian Stores nationwide.

A lauded singer/songwriter, Dove Award-nominated producer/arranger and acclaimed author, Andrew Greer’s popular Angel Band recordings collectively feature collaborations with some of the top names in bluegrass, Gospel and Christian music. He is the creator of the innovative “Hymns For Hunger” Tour, along with Cindy Morgan, which helps raise awareness and resources for hunger relief organizations around the country. Also a sought-after writer, Greer contributes to a variety of publications and pens the Gospel Music Association’s regular “Full Circle” column. His book debut, “Transcending Mysteries: Who Is God, And What Does He Want With Us?” co-authored with singer/songwriter and author Ginny Owens, released earlier this year from Thomas Nelson. 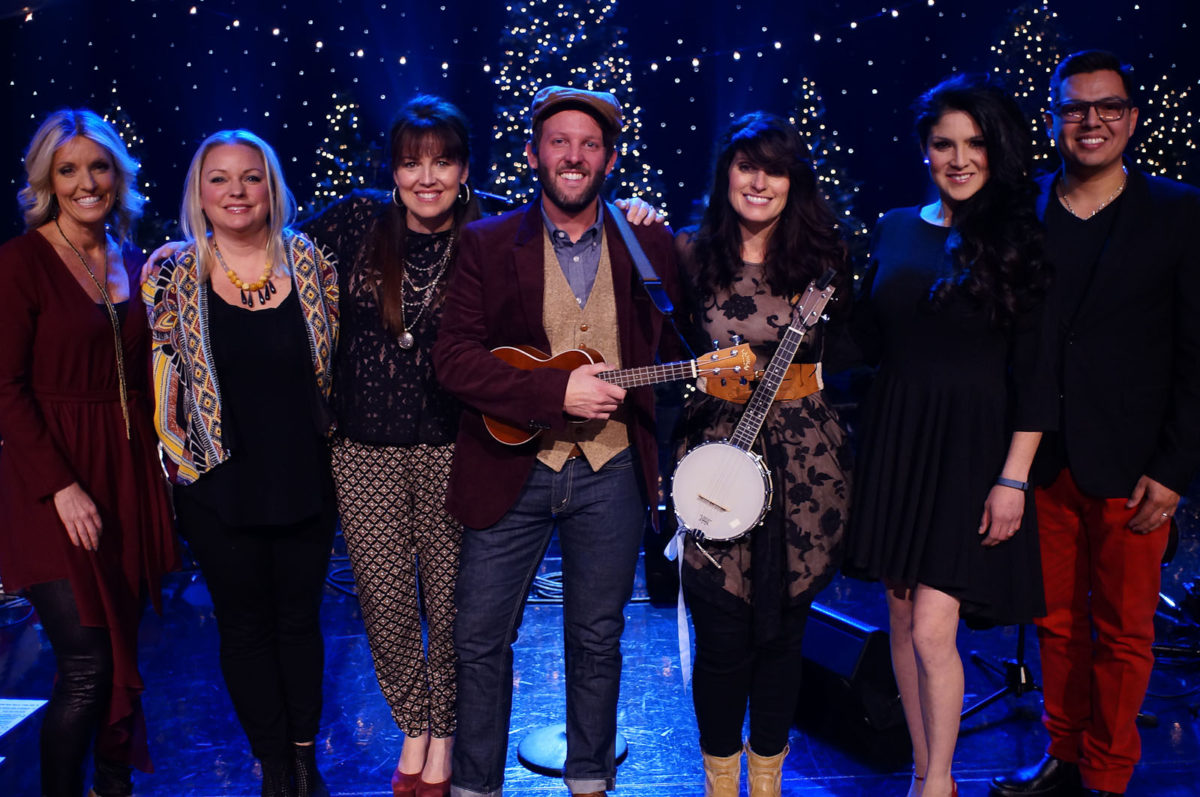