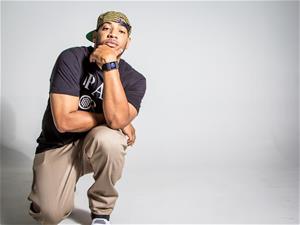 “The Christian Hip-Hop market is thriving like never before and Andale’ is a prolific master of the genre who will undoubtedly lend to its continued growth,” says Griffith, whose resume’ includes key roles with Broadcast Music Incorporated (BMI), Nissan North America, General Motors, Bohan Advertising,  and The Bellamy Group. “’Elizabeth Road’ is sure to be a must-have for Christian Hip-Hop enthusiasts. We are extremely excited and honored to bring Andale’s distinctive voice and influence to the world with his first major release.”

“Andale’ has the unusual ability to mix masterful thought-provoking lyrical wordplay with the energy and playfulness of where hip hop is today,” says Dirty Rice. “Brace yourself music fans!”

“I am really excited and honored to partner with G.Favored Entertainment Group,” says Thomas Dawson, A&R Representative for Dream Records. “I believe Glyne has a unique vision that God has given him and prepared him for. Glyne will fill a niche that is absent from Christian music today.”

The newly-formed G.Favored Entertainment Group was officially launched in July with an inaugural project entitled “Adventist Inspiration,” a 3-part compilation project which Griffith describes as an “historic compilation that can be characterized as a stylistic and cultural melting pot of faith-based music, highlighting the breadth and diversity of the over 18 million member Seventh-Day Adventist denomination, and representing nationalities and regions from around the globe.” Though “Adventist Inspiration” is currently available as a free download at www.AdventistInspiration.com, donations are encouraged. All donations generated by “Adventist Inspiration” will benefit the Adventist Development and Relief Agency (ADRA) which serves more than 12 million people every year in some of the hardest-to-reach places on earth. ADRA’s years of impact began in 1984, and focus on the most crucial areas of development and aid: Hunger & Nutrition, Water & Sanitation, Animals & Agriculture, Community Health, Women & Girls, Children & Orphans, Economic Opportunity, Disaster Relief, and Advocacy & Social Justice. 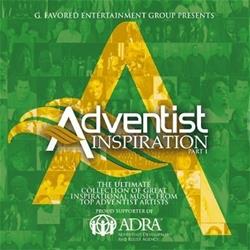