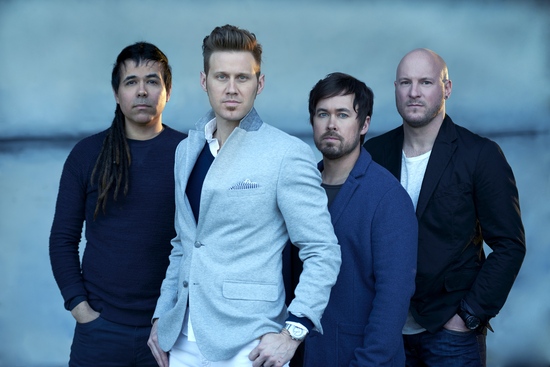 Building 429 Receives RIAA-Gold Certification For Single “Where I Belong”

“We are so humbled to have been a small part of a song that continues to circle the globe inspiring people to faith in difficult times,” shares Jason Roy, Building 429’s lead vocalist, on behalf of the band. “It has been one of the greatest privileges of our career to sing ‘Where I Belong’ night after night, and watch in amazement as God made it an anthem for a generation.“

#IAMUNASHAMED: When Building 429 released their latest project last month, titled Unashamed, it was touted as their most powerful and anthemic to date. Accompanying the album’s theme of standing strong in one’s faith, the band kicked off their #IAMUNASHAMED campaign. Sharing from the stage each night to encourage others, Roy says, “In recent weeks we’ve once again felt a great wind of favor on our new record Unashamed. As fans around the world have taken on the #IAMUNASHAMED challenge and it has spread like wildfire, we’re once again reminded of the impact of Christian music on the world. We are so thankful to be a part of such an incredible community and gladly stand along side them to say #IAMUNASHAMED of the Gospel of Jesus Christ.”

People from across the U.S. continue to post daily about #IAMUNASHAMED. A few recent posts and images via Twitter are below:

When things in life seem #impossible your music helps give me #hope…Thank you! #IAMUNASHAMED

No matter what comes, no what goes… today, tomorrow, and forever… there is only One Way. #IAMUNASHAMED

I wanna be an earthshaker, be the game changer!! #earthshaker #IAMUNASHAMED

I am ever grateful for His mercy and love! #IAMUNASHAMED

To find out more about this movement and to receive free graphics and a change to win exclusive offers, please visit here. A devotional series is currently in the works.

DOVE AWARDS OPENER: While in between tour dates, Building 429 was chosen to kick off the 46th Annual GMA Dove Awards. Held on October 13, the band took the stage with a bang, performing their record-breaking hit single “Impossible” to a sold-out crowd in Nashville at Lipscomb University’s Allen Arena. The show has aired multiple times on TBN/Trinity Broadcast Network. A photo from their performance is below. 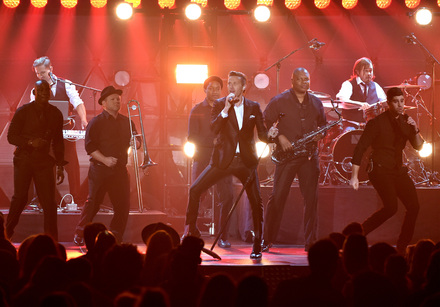 ON THE ROAD: Building 429 is currently headlining shows as well as appearing on the Women of Faith tour to support the release of Unashamed. The band will then join TobyMac next spring for the “Hits Deep Tour” as well as appear at numerous festival dates. Below is a list of current tour dates, with more being added daily.

*All tour dates subject to change. Please visit Building429.com for the most updated information

Building 429 – comprised of Jason Roy, Michael Anderson, Jesse Garcia and Aaron Branch – is well-known as one of today’s top artists due to their high-energy live shows, lyrically-driven and anthemic songs and their constant message of hope through Christ. Their latest release, Unashamed, released in September and debuted at No. 2 on Billboard’s Contemporary Christian Album chart. The album’s first single, “Impossible,” made label history this spring by receiving an astounding 95 radio adds on its add date.

Their previous album We Won’t Be Shaken debuted at No.1 on Billboard’s Christian Albums chart. The strength of the album resulted in the band’s first GRAMMY nomination for Best Contemporary Christian Music Album. The first single and title track became a multi-week No. 1 hit on the Hot AC/CHR chart and AC Indicator charts, had over 246-million accumulative audience impressions, and was nominated for a Billboard 2014 Music Award for Top Christian Song and K-LOVE 2014 Fan Award in the Group or Duo of the Year category. The second single from the GRAMMY-nominated album, “Press On,” reached No. 3 on Billboard’s Christian Singles Chart. For the second time in the band’s career, Building 429 was honored with a BMI 2013 Song of the Year award for “Where I Belong,” and the single garnered the group their first nomination from Billboard’s 2013 Music Awards for Top Christian Song. At the same time, the 2013 K-LOVE Fan Awards nominated Building 429 as Breakthrough Artist of the Year.

Building 429 first broke through with its 2004 No. 1 hit “Glory Defined,” which was named BMI’s Christian Song of the Year in 2005. That same year, Building 429 was recognized as New Artist of the Year at the Gospel Music Association’s Dove Awards.