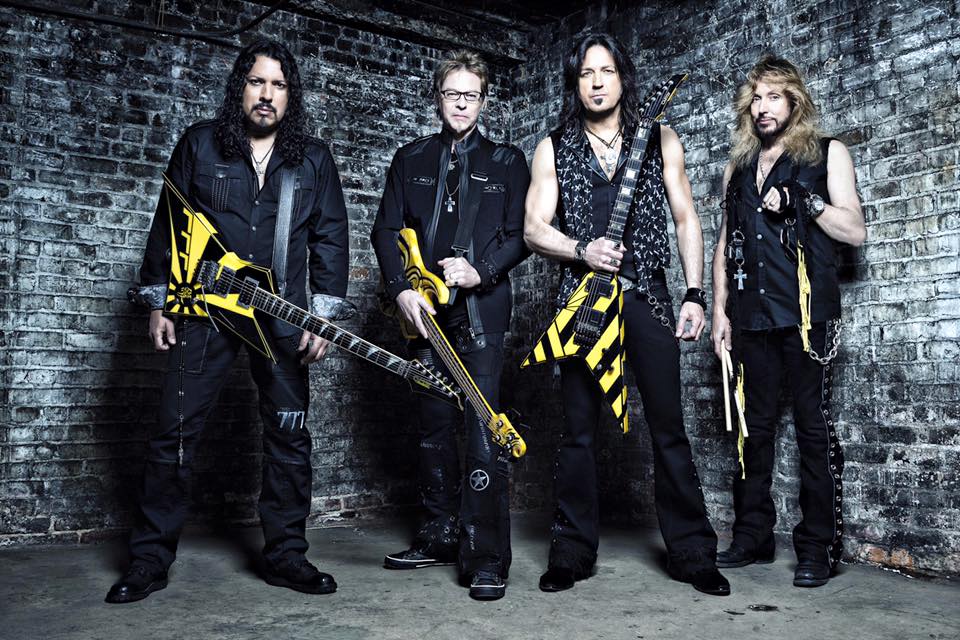 In addition, Fallen soared to #1 on the iTunes Top Metal Albums chart and #3 on the iTunes Top Rock Albums chart immediately upon release. Stryper’s latest studio effort consists of 12 songs showcasing the musicianship that has garnered them a huge fan base in the mainstream world and Christian market for three full decades.

“We are truly blessed to still be making music 32 years into our careers, music that relates and speaks to our fans worldwide,” says frontman and album producer, Michael Sweet. ”We strive to outdo ourselves with each release and hopefully we’ve done that with Fallen. Here’s to 32 more years!”

32 years after exploding onto the rock scene and MTV Stryper has delivered their most critically acclaimed release to date. The Associated Press recently decreed, “If this were 1986, this album would easily sell 2 million copies. But it’s not, and that’s a shame, because 2 million people need to hear how good this album is.” Metal Onslaught Magazine recently raved in their first ever 10 out of 10 review, ”Like a fine wine Stryper have improved over time and have become legends in the metal genre,” and CCM Magazine declared, “Arguably the most game-changing Christian rock band in history, Stryper continues to excel with a steady stream of new music that fits right alongside a ten million-album selling catalogue.”

The music video for the single, Pride, premiered exclusively at Billboard.com, and can be seen in our article here.

Stryper is one of the top Christian rock bands of all time. Rocking since 1984, the band is responsible for such ’80s metal classic albums as Soldiers Under Command, To Hell With The Devil and In God We Trust. In fact, Stryper is the first band to ever have two songs in MTV’s Top 10 simultaneously with their hits Free and Honestly. After a sabbatical for much of the 1990’s, Stryper returned strong in the early 21st century. To date, the Dove Award-winning and Grammy nominated band has sold over 10 million records worldwide.

Unlike many of their counterparts, Stryper is comprised of all four original members with Michael Sweet on vocals and guitar, Oz Fox on guitar, Tim Gaines on bass and Robert Sweet on drums.