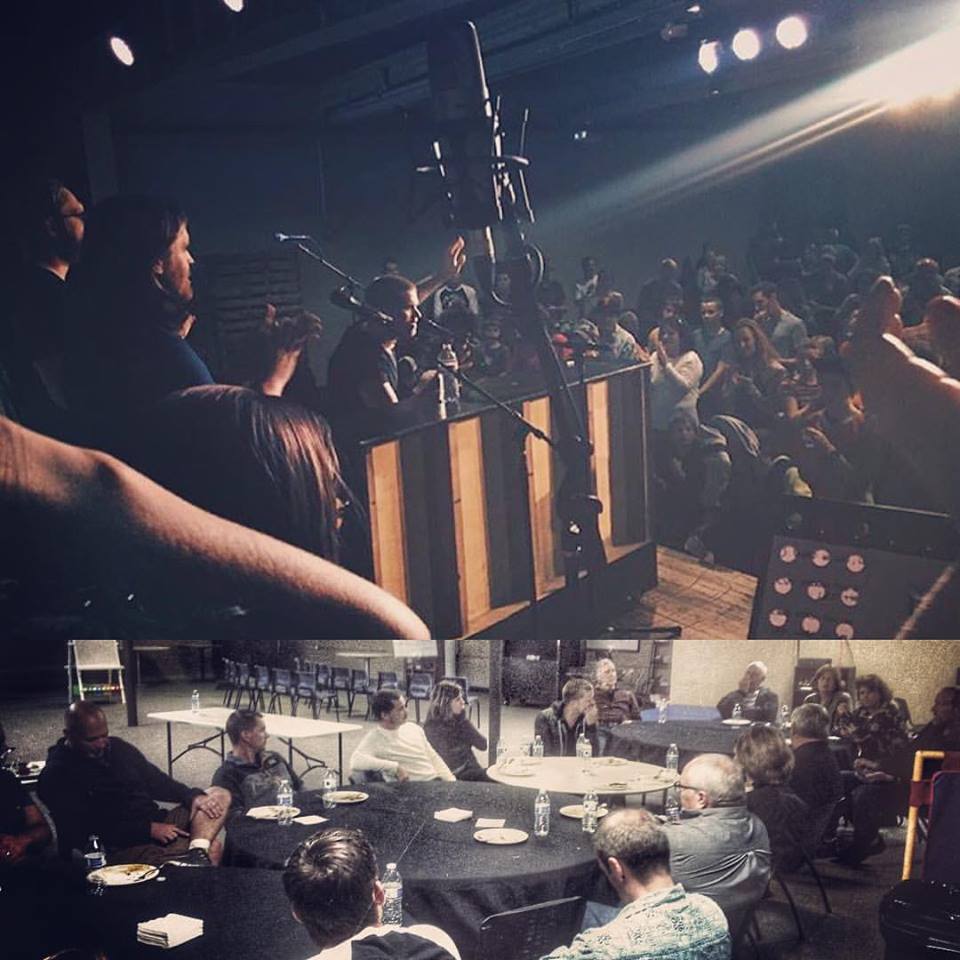 The City Harmonic Departs From Paid Ticketing For Unity Events…

Christian worship band The City Harmonic, birthed out of a church unity movement in Hamilton, Canada, recently announced a radical change in response to developments following their “We Are” events, unique two-part gatherings that combine community-wide worship concerts with daytime roundtable conversations for pastors. As ministry opportunities grow, the band felt compelled to make their remaining fall events available to anyone on a “pay what you can” basis, versus traditional ticketed concerts. The video announcement can be seen below.

“This has been some of the most thrilling ministry that we’ve ever been a part of, and we don’t want to leave anyone out,” explains Elias Dummer, lead singer for The City Harmonic. “We started out charging a fixed amount per ticket but it was eating away at us–some of the families and communities that need this the most wouldn’t be able to take part. My own family has been there at one time. So, for the remainder of the ‘We Are’ gatherings, people may pay whatever they can. Yes, this is risky, but this isn’t about money for us. We believe in doing with our body what Jesus did with his—and we’re trusting God and doing exactly that.”

The band points to related stories of church unity unfolding across the country following some of their recent “We Are” events, including developments in Williamsport, Pennsylvania and Enterprise, Alabama.

In Williamsport, pastors from seven churches and a choir representing 10 churches, met for prayer and worship on September 15th, seeking ways to reach local students with a message of hope before losing them to a growing drug culture in nearby Philadelphia.

Williamsport pastor Spencer Sweeting explains: “‘We Are Williamsport’ with the City Harmonic gave us a unique opportunity to bring churches together. We had pastors and leaders from 7 churches gather to talk about the needs of our city and commit to joining together to engage them as the body of Christ. In just the few days since, I’ve had the opportunity to connect with a few more pastors who weren’t able to attend but want to be a part of working together for the good of our city. We’ve a long way to go but I’m hopeful that something special has just been sparked and together, we as God’s people, will join together and see God’s kingdom break out in Williamsport as it is in heaven.”

Following the original “We Are Enterprise” event on October 6, which included a roundtable with five churches and the city’s mayor, a burgeoning movement representing 15 churches has begun. These churches are now working through ways to serve their community’s unique needs, including a much-needed ministry to military families and a food and clothing program.

As local Enterprise pastor and worship leader Chad Boswell says, “It’s been a little over two weeks since we had the event, and we had our first follow-up meeting yesterday. In just two weeks, the movement has tripled in size. When God is the one that you unite around, everything falls into place.”

The “pay what you can” model will apply to the following “We Are” events at which The City Harmonic will help facilitate the pastoral roundtables and leading worship at the evening’s concert with multi-church choirs, performing songs from their new WE ARE album along with favorites like “Manifesto,” and “Holy (Wedding Day).

October 29 – We Are Exeter – Church of God Exeter, Exeter, CA

The City Harmonic is joined at each event by Travis Ryan, co-writer of the Newsboys’ No. 1 hit “We Believe” and worship pastor for LifePoint Church in Smyrna, TN. Additional information is available at http://wearethecityharmonic.com.


Buy We Are on iTunes here

About The City Harmonic

Born out of a church unity movement in the blue-collar steel town of Hamilton, Ontario, The City Harmonic formed in 2009 after leading worship for inter-denominational student events. By 2011, the band had won its first Gospel Music Canada Covenant Awards, including one for Modern Worship Song of the Year for the anthem “Manifesto.” More Covenant Awards, a Juno Award and a Dove Award nomination followed as the band released the critically acclaimed albums I Have A Dream (It Feels Like Home) and Heart and introduced the songs “Praise The Lord,” “Holy (Wedding Day),” “Mountaintop” and “A City On A Hill” to churches and radio stations internationally.

Integrity Music is part of the David C Cook family, a nonprofit global resource provider serving the Church with life-transforming materials. Headquartered in Colorado Springs, Colorado, and with offices in Tennessee and the United Kingdom, Integrity is committed to taking songs of substance to the local church and its leaders around the world. Integrity publishes many of the top songs in the Church, including the No. 1 radio hit “We Believe” (Newsboys) as well as church standards “Revelation Song,” “Open The Eyes Of My Heart,” “Your Great Name” and “I Am Free.” Additional information can be found at www.integritymusic.com.