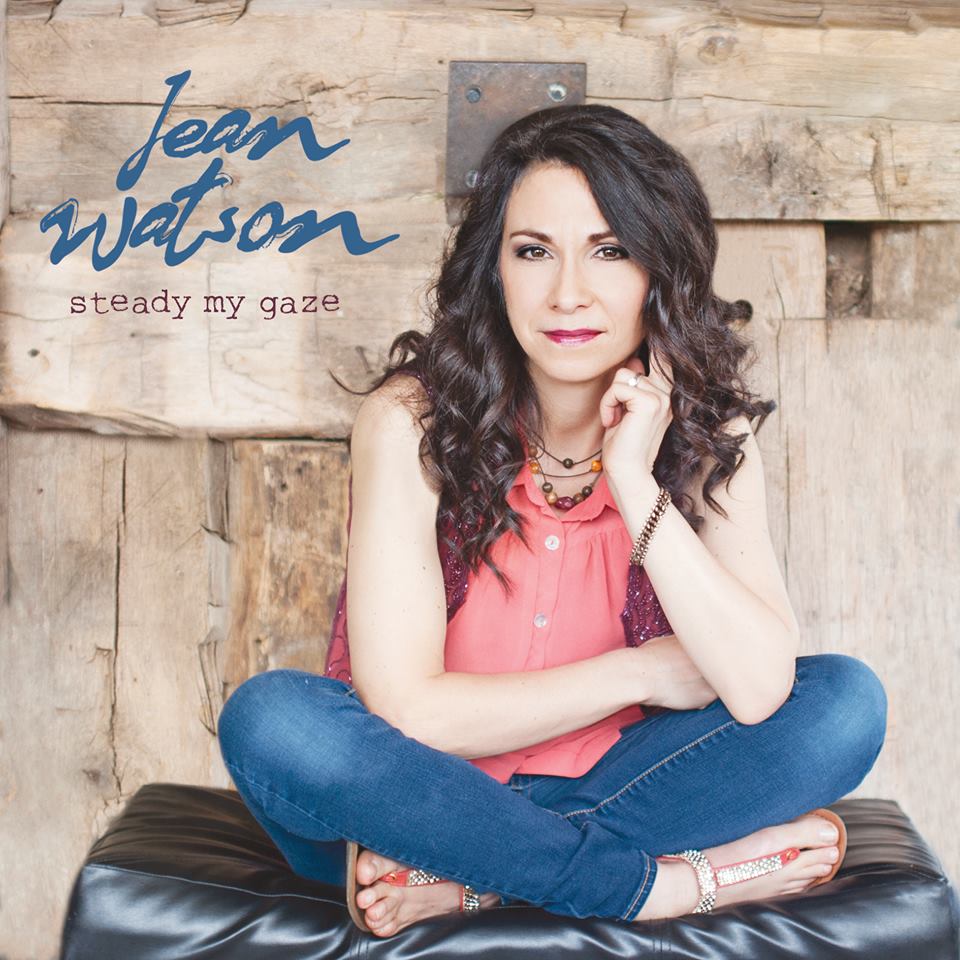 Internationally acclaimed singer/songwriter and classically trained violinist Jean Watson is set to return for a pair of appearances on Cornerstone Television Network this week. Watson taped both shows during a whirlwind media tour earlier this year in support of her new CD, Steady My Gaze, which released on October 9, 2015, through Shadowlands Music and New Day Distribution.

Watson is also offering an additional treat to listeners this week–a free download of her song “Together Now” from Steady My Gaze. The free download offer runs through Tuesday, November 3, 2015 on NewReleaseToday.com. Fans of Tree63 will recognize guest vocals from lead singer John Ellis on the tune.

“I feel so blessed to be able to share my music and story on Cornerstone Television Network’s Living Room Concert Series and More Than a Song,” says Watson. “It was fun to perform songs from my new CD, Steady My Gaze, as well as share what God has done in my life. I hope that my story will encourage viewers to truly believe that with God all things are possible!”

For more information about Watson and Steady My Gaze, see the links and info. below.

About Steady My Gaze:
Steady My Gaze features an abundance of Celtic-infused violin, Watson’s signature haunting vocals, along with the special treat of stellar fret-work from master guitarist, Phil Keaggy and guest vocals from Tree63’s John Ellis.
“I chose Steady My Gaze for the title of my new CD because it reflects my desire to keep my heart focused on the Lord, no matter what is going on,” Watson explains. “The songs on this project express my love for God through passionate words and music! The arrangements are energetic and fresh, and Phil Keaggy’s guitar playing is simply amazing. Having John Ellis of Tree63 sing on one of the songs was such an honor, and Billy Smiley did an amazing job as producer. I hope this new music is as encouraging and fun to listen to as it was for me to make!”
Listeners are immediately greeted by the album’s opener, the joyful, exuberant pop confessional, “Overcome,” as Watson’s fetching vocals are embellished by understated beckoning drums and meandering electronic keys. The joy continues with the driving rhythms and uplifting message of “Together Now,” which features Watson and Tree63’s John Ellis playing tag-team on the lead vocals. The high energy subsides for the more subdued yet equally passionate, acoustic ballad, “Impossibly Beautiful.”

The gentle, bluegrass-tinged title track gives Watson room to expand her emotion-laden vocals as she encourages listeners to allow Christ the freedom to live, move, breathe and come alive in their lives. “Steady My Gaze” segues effortlessly into the sweetly evocative piano ballad, “Speeding Train,” which also features Keaggy’s lush guitar. Watson downshifts to the haunting, introspective, yet encouraging, “I’ll Find You There.”

Watson’s innate energy once again explodes with tightly-focused control on the rocking “Burning Desire.” She continues to channel that control on the gently driving “Against Your Love.” The music takes a delightful, unexpected turn as Watson wraps her signature vocals around the beloved classic hymn, “Be Thou My Vision.” She imbues the song with rich textures and embellishments, making it truly her own.

Joy takes center stage on Watson’s updated, up-tempo version of “Lord of the Dance,” but it is peace that settles over the project’s concluding contemporary hymn, “Trust His Hands.” She closes the project with a lovely, worship-filled acoustic version of “Overcome” that features her own pristine violin and acoustic guitar from Keaggy.

Watson shared songs from Steady My Gaze as the musical guest for Christian Retailing‘s Best Awards during the recent International Christian Retail Show (ICRS) in Orlando, Florida, eliciting an outpouring of accolades from fans and industry insiders alike.
“When Jean was performing/worshipping, I felt a very strong sense of the Holy Spirit,” noted Christian Retailing’s editor, Christine Johnson. “I was so glad we were able to have such a significant talent and worshipful artist play and sing so beautifully at this year’s Christian Retailing’s Best awards.”