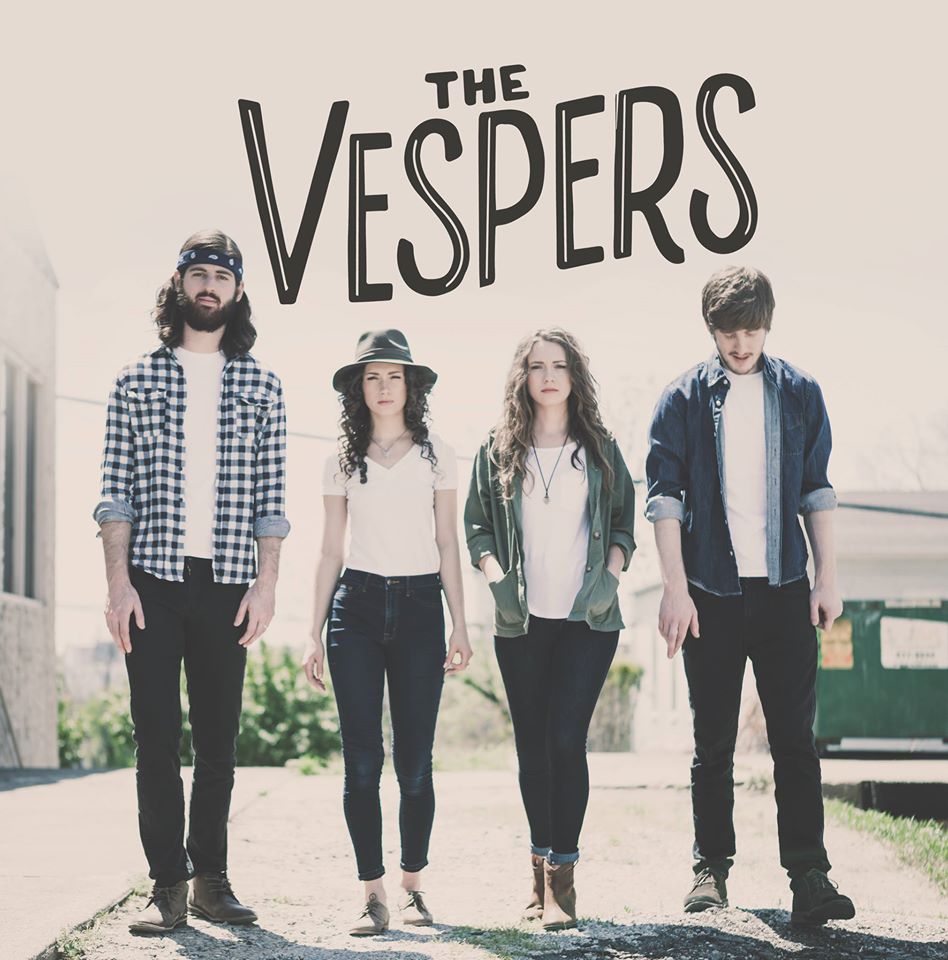 The Vespers Warm Hearts With Their Sweet Southern Sound On Tour

It was a cold, blustery, rainy night at Youngstown State University as the bands and attendees alike braved the elements for an evening of incredible music. The opening act was Jordan DePaul, hometown boy turned Nashville singer/songwriter. His folksy roots music was the perfect compliment to the main act, The Vespers; his songs spoke of love found and lost, and the lessons learned along the way. One such song was “Stepping Stone,” a melancholy tune telling the story of being just a stepping stone on someone else’s journey to finding the perfect love. There were many upbeat, foot-stompin’ songs as well, even including quite humorous lines such as “I’ve lost my mind a thousand times but it always came back.”

The pedal steel guitar added the perfect country element, and was in the spotlight with impressive solos on many of the songs. Jordan ended his outstanding set with “Brighter Shade of Blue,” a thoughtful, poignant number about the loss of his father.

After a brief intermission, highlighting the university’s sports teams and featuring the school fight song (as this was their homecoming weekend), The Vespers made their way on to the stage. They opened with the up-tempo, spirited “Grinnin’ In Your Face,” Callie Cryar’s powerhouse vocals exploding through the chilly night air.

The Vespers’ set consisted of a good mix between old favorites and tracks from their newly released album, Sisters and Brothers. They played the title track, “Sisters and Brothers,” during which Phoebe Cryar took a moment to speak. She encouraged everyone to “look out for your sisters, don’t forget your brothers,” saying that love is a choice, not merely something that randomly happens to you. Real love is intentional; it makes sacrifices, putting someone else’s needs before your own.

While The Vespers do not consider themselves a bluegrass band, many of their songs feature traditional bluegrass instruments – banjo, mandolin, ukulele, upright bass – giving their music a distinct Southern flavor with a modern edge. The band members displayed their immense talent, each playing several different instruments throughout their show. At one point, Bruno Jones grabbed an old acoustic guitar. Between the pick-ups and effects pedals, he made the acoustic guitar wail like an electric, but with a fuller, richer sound.

Their cheerful, reggae-inspired “Flower Flower” made its way on to the set list, offering a whisper of sunshine and warmer days on such a dreary October evening. “New Kids” featured a funky drum solo by Taylor Jones and some fun audience participation counting the band back in.

Throughout the night, the band members were in perfect harmony – there is just something about sibling vocals. And they all performed with incredible passion and energy, despite less than ideal conditions. Overall, it was an extremely enjoyable evening, and it was impossible to walk away without a smile.