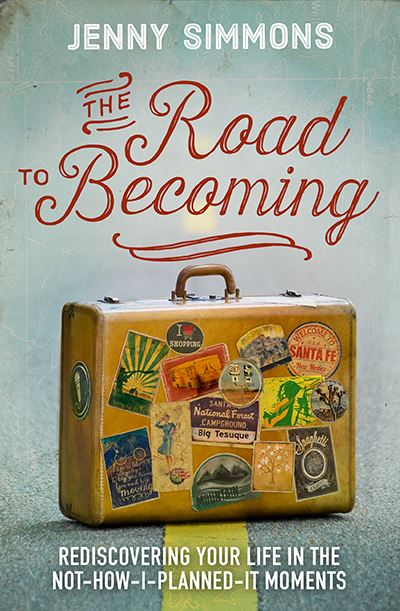 Book Review: Jenny Simmons Takes Readers On A Journey Along “The Road To Becoming” With New Book

Known for her humor, openness, and all around charm, but mostly for being the front-woman of the former CCM band Addison Road, Jenny Simmons is a name that many won’t forget. After 10 years as a band, in 2012 Addison Road decided to call it quits. As many were sad about the end of a great band, no one but God knew about the future impact Jenny would continue to make in the lives of the listeners. In 2013 Jenny released her first solo album The Becoming, and recently released her first book entitled The Road to Becoming.

After a year of absolute disaster for Jenny and the rest of Addison Road, Jenny embarked on her journey of “becoming” and shares about it in the book. From the cornfields of Iowa to meltdowns in the pasta aisle, Jenny takes readers on the tear-jerking, funny, and inspirational journey on the road to becoming. Many can attest to Jenny’s refreshing honesty and openness with everyone she meets, and that can be felt throughout every page of her book, while emotion can be felt throughout every chapter in a way that is rarely found in a book. With each story she tells, the emotion and honesty is so raw and real that it feels as though you are sitting at the table with cupcakes and coffee and she is telling you those stories herself.

The Road to Becoming is such an incredible book. Funny stories weaved with inspiring advice makes for a book that will be read and shared by many.

Buy The Road To Becoming on Amazon here.