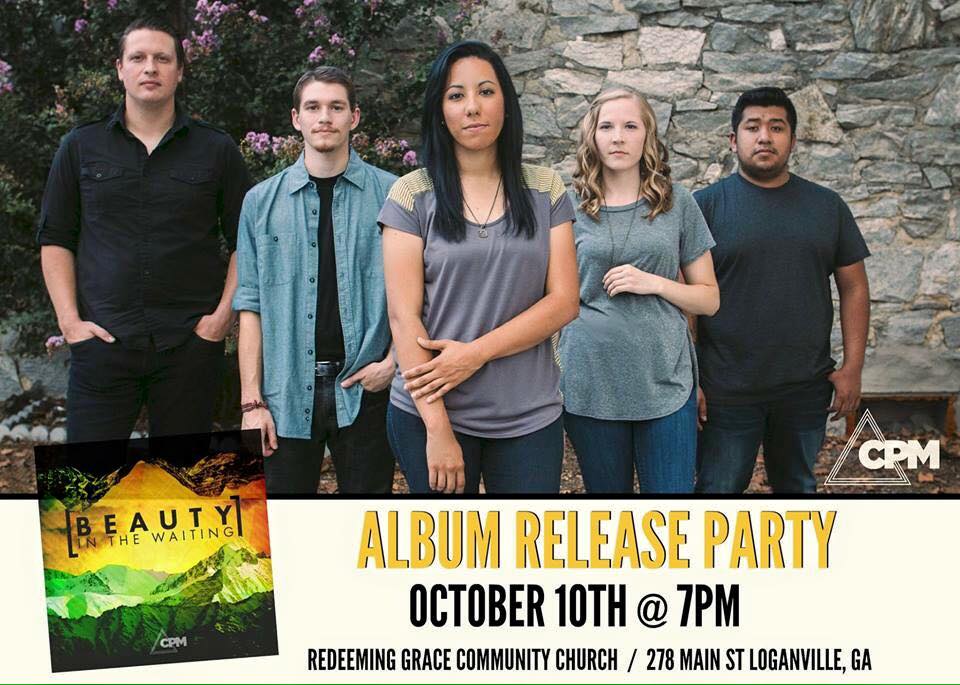 Crystal Padilla Music’s new Beauty In The Waiting album was scheduled to be released digitally yesterday. Unfortunately, due to an issue with their distributor that was out of the band’s control, that did not happen. According to this video update from the band yesterday, they are trying their best to get the album up on all digital outlets next week. Once the album is available, we will be sure to share the links with you.

However, the issues with the digital release does not affect their album release party at Redeeming Grace Community Church, 278 Main St, Loganville, Georgia 30052 TONIGHT at 19:00 EDT. Physical copies of the new album will be available at the event and more details on the event can be found here.

The press release about the new album is directly below, and the album’s promo video can be seen at the end of the article.

Atlanta-based band, Crystal Padilla Music, will release their new EP on October 9, titled Beauty In the Waiting.  The first single, “River of Life (Psalm 1)”, will impact Christian radio later in October.  The project will be available for purchase in all major digital music stores and at the group’s live events.

The band’s second EP offers a collection of well-crafted songs that center on both the desire and need for a genuine relationship with Jesus Christ.  As the title suggests, Beauty In the Waiting also explores moments of doubt and struggle; and how crisis can often serve as a catalyst for growth, strength, and faith.

“Authentic,” lead singer Crystal Padilla says when asked to describe the new record.  “It’s authentic because at the heart of this album it reflects and sums up a lot of what the band as a whole, and as individuals, have experienced in the past three years. We tried to create songs that people can relate to. Songs with meaning and that could speak to the heart in different ways every time you listen to them. We were not trying to be something we aren’t. We just wanted to be real and share our hearts with people through song.”