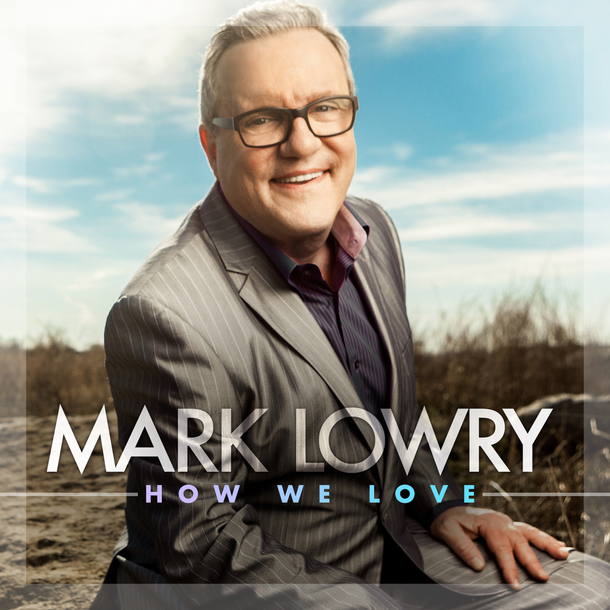 “I had some friends over to my house for a few days,” described Lowry.  “We shared stories, laughed and sang songs around the piano.  When Cynthia Clawson sat down at the piano and started singing ‘How We Love,’ written by Beth Nielsen Chapman, I knew immediately I wanted to record this song.  I felt something special…I knew I was hearing truth…I call it ‘hearing from home.’  What good is love if you only love people who are like you?  Love does its best work when you love someone you can’t stand. It’s like courage. It’s useless without fear. It’s standing through the fear that equals courage.”

Lowry lent an ear to other great songwriters as he selected more songs for the new collection, which includes a cover of “Happy,” a GRAMMY® Award-winning song written and originally performed by American singer and producer Pharrell Williams.  Featured on the Despicable Me 2 soundtrack album, “Happy” became a No. 1 song in over 20 countries.

“I try to find songs with what I call ‘meat on the bones.’  It has to have a great lyric, and I love story songs,” Lowry recalled.  “We were done selecting the material for this recording, and we had recorded all of the tracks.  And then I got a song sent to me from Reba Rambo and Chip Davis called ‘Come As You Are’ that stopped me in my tracks.

“This song says ‘Come as you are. We mean it.’  We often sing ‘Just As I Am,’ but I’m not sure we really want everyone coming to Jesus.  If we did surely we would have more diversity in our pews. I say let’s show more of our scars and less trophies.  The cross is the only stumbling block we need.  I knew the minute I heard the message of this song we had to add it to the project, and I couldn’t quit crying when I was recording it.  So many people don’t feel welcomed or wanted, and there’s a big difference between ‘welcomed’ and ‘wanted.’ Everybody should be wanted. Let people get next to Jesus. He’ll fix what’s wrong with us.”

Lowry also added to the release the gospel classic “Everybody Wants to Go to Heaven”—a song made familiar to him by friend and country music legend Loretta Lynn.  The song, which is the first radio single, features American bluegrass and country music group Dailey & Vincent.

“I always just grab friends to join me when I get ready to record,” explained Lowry.  For How We Love that list also included Sisters (“I Thirst”), Jimmy and Sonya Isaacs Yeary (“Old People”) and The Martins, who joined him for the title cut as well as an all-new, four-part, a cappella rendition of the classic hymn “When I Survey the Wondrous Cross,” arranged by Matthew Holt (Gaither Vocal Band).

“It has been my dream to sing with The Martins since 1992,” stated Lowry with a smile.  “That’s when their mother gave Michael English and me a cassette of her children singing.  Michael and I invited them to the Precious Memories Gaither HOMECOMING video recording.  We asked Gloria [Gaither] to listen to them, and they sang for her a cappella.  The next day Bill asked them to come in and sing for everyone, and the rest is history.  We get to tour together, and NOW I get to sing a fourth part with them a cappella!”

This was a bucket list item for the Gospel Music Hall of Famer whose career has spanned from contemporary Christian music recordings and best-selling comedy videos to his platform as a member of the lauded Gaither Vocal Band for over 20 years.  The co-writer (along with Buddy Greene) of “Mary, Did You Know?” his talents have placed him on the Gaither HOMECOMING Video Series and on world-renowned stages including Carnegie Hall and The John F. Kennedy Center for the Performing Arts.

Mark Lowry is featured weekly on the Gaither HOMECOMING shows on TV networks including PBS, Dish TV, RFD and TBN, among others; and the new release will be featured in Homecoming Magazine and on SiriusXM Radio’s enLighten channel.

How We Love is distributed through Capitol Christian Distribution and will be available throughout general market stores and the Christian marketplace in addition to online retailers including iTunes, Amazon and www.gaither.com.  For further information about Mark Lowry visit www.marklowry.com or www.facebook.com/markalanlowry or @MarkAlanLowry.