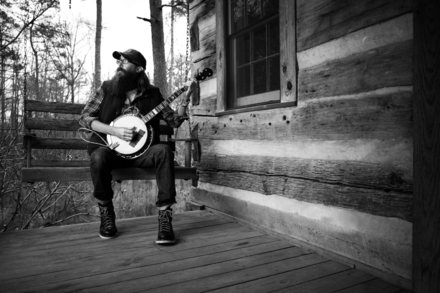 Billboard is exclusively unveiling “Lift Your Head Weary Sinner (Chains),” the latest music video from GRAMMY® Nominee Crowder. With camera shots captured by drones, the music video features a festival atmosphere, complete with lasers, neon and banjos. Crowder also invited special guest Tedashii to take part in the filming. After the recording, guests were invited to partake in bull riding, a petting zoo and delight in food trucks. The music video can be seen by clicking the image below.


“Getting to capture the experience of the front porch live in my new hometown with my new ATL friends was perfection,” shares Crowder. “Carrying the songs from Neon Steeple and watching the way they came to life in rooms full of people night after night made it necessary to attempt a documentation of it. It’s just too much a hoot and a thing I wanted as many folks as possible to partake of.”

Resonating with listeners at shows, online and on radio, the single has reached the Top 5 on CHR and the Top 15 on the National Christian Audience Chart. 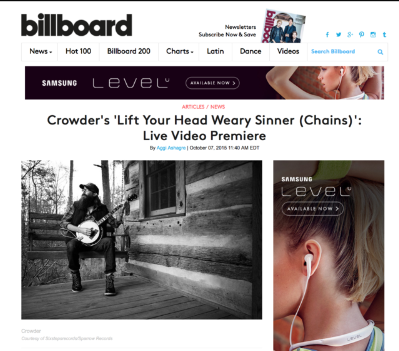 Crowder is set to perform at the 46th Annual GMA Dove Awards where he is nominated for a total of five awards, including the noteworthy Song of the Year category. The sold-out event will take place on October 13 at Lipscomb University. For more information on the 2015 GMA Dove Awards, visit there website, here.

Known for bringing his front porch stage across the U.S., the GRAMMY® nominee will continue touring throughout the rest of 2015, including dates on the “Adore Christmas Tour” with labelmate Chris Tomlin. For the most up to date tour schedule, click here.