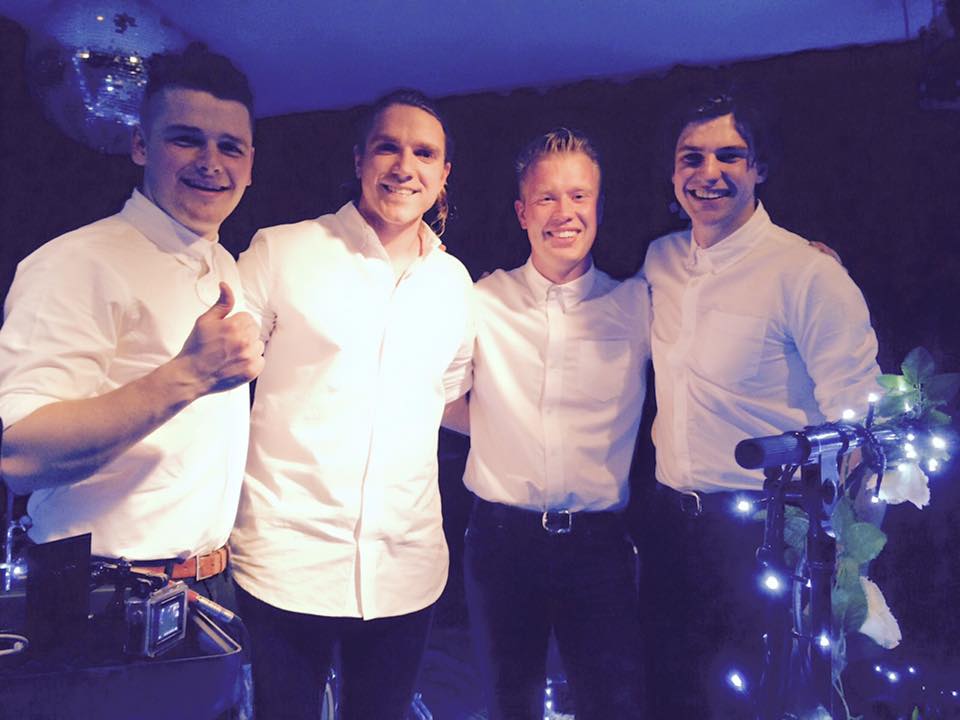 The official EP launch for Melbourne four-piece Wire Bird has been a long time coming. Releasing New World last week, the Melbourne locals took to the stage at the Grace Darling Hotel to perform for an audience of family, friends and fans, and they did not disappoint. From the get go expectation was at a high, and the crowd was packed into the room ready and waiting to hear a band they have followed for up to 5 years. Dressed in crisp white shirts, they added an indie elegance to their set, and it was clear this was a special night for them as the stage was decked out in lights and ivy.

Natural performers, they opened with lead track “New World.” Their harmonies filled the room immediately, and the band threw themselves into the gig, giving their all instrumentally and vocally. Lead singer Tim Cook’s vocals pushed through the audience, preparing them for a night of memorable tracks and banter between the boys. Single “Mirrors,” followed, and the mix between each instrument was perfected and on point. Giving a chance for Luke Sexton on drums to shine, it made way for a new track titled “Sold Your Soul.” Similar to the EP in its light and beautiful vibes, the excellence shown on each instrument was indicative of their commitment to the song and performance.

“Hands” was next, and Wire Bird surprised fans with another new track. The delicacy of the acoustic guitar line drove this song, and in particular John Longley’s harmonies stood out as a well-measured and soft accompaniment. With a long instrumental break transitioning into “Always,” they showed their softer side and held their stage presence as they commanded the song.The rest of the night continued with Kings of Leon cover “Pyro,” giving them the chance to show off their flawless cuts and climaxes. James Eynaud on bass gave an epic performance, the complexity of his bass line underlying the song in an unassuming yet imperative way. Following with “The River” they exercised a deeper tone than their other songs, before launching into “Swings.” A singalong ensued, and the crowd loved it, dancing their way through the song that carried a sound made for arenas.

The percussion was exceptional in “Fire,” and the unity of the band as they delivered the EP favourite made it the perfect closing song for the night. Unsurprisingly, the crowd begged for more, and after a quick discussion the boys transitioned into fan favourite “On Air.” Showing their ability to think on their feet, fans loved the well-worn classic and finished the night on a high note.

Tying together 5 years of hard work, the EP launch of New World was as polished as it was full of love. Clearly a band that are as committed to their own musicianship as their sound as a whole, they showed an aptitude that will keep them in good stead as more people hear their music and Wire Bird takes off. Filling the small venue, the transition between club and concert will be a welcome challenge for the four-piece as they continue to improve and create their own distinct sound.