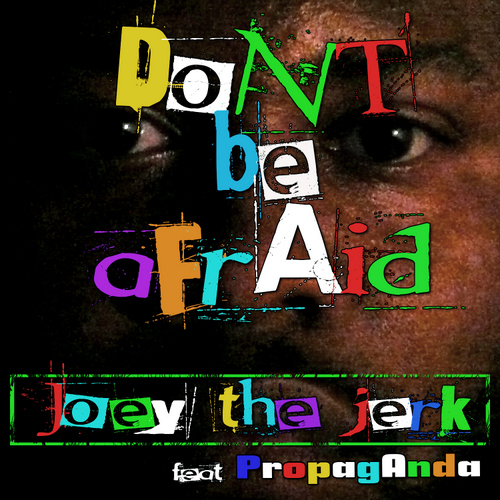 Joey the Jerk recently released his 2nd single “Don’t Be Afraid” since his recent return, & this time he brings out the heavy artillery as he features long-time friend & collaborator, Propaganda.

The song is a hard-hitting banger, with an even stronger message of an unashamed faith in the face of non-believers & naysayers.

On the making of the song, Joey says, “I had a whole bunch of beats that I sent Propaganda, and this is the one that he liked the best and resonated with. The original concept was to do a song about Faith, and it became even bigger as we address popular beliefs that are contrary to our faith. It became more of a display of our strength and security in Christ.

So when I wrote my verses I really wanted to address those topics. Having Propaganda was a huge blessing because he’s such a revered artist and he’s someone that I sincerely respect because he totally communicates the gospel in an intelligent & clear way. He’s very dope and inspiring, and a person that I am grateful to know, and to have had the opportunity to work with! As I’m putting this record together and aspiring to be influential, and work with people that have either influenced me or that I see influencing others, it was a privilege to have him on song that’s topical and of substance.”

So, don’t be afraid to push play, & enjoy the rhythms, & get fed at the same time.