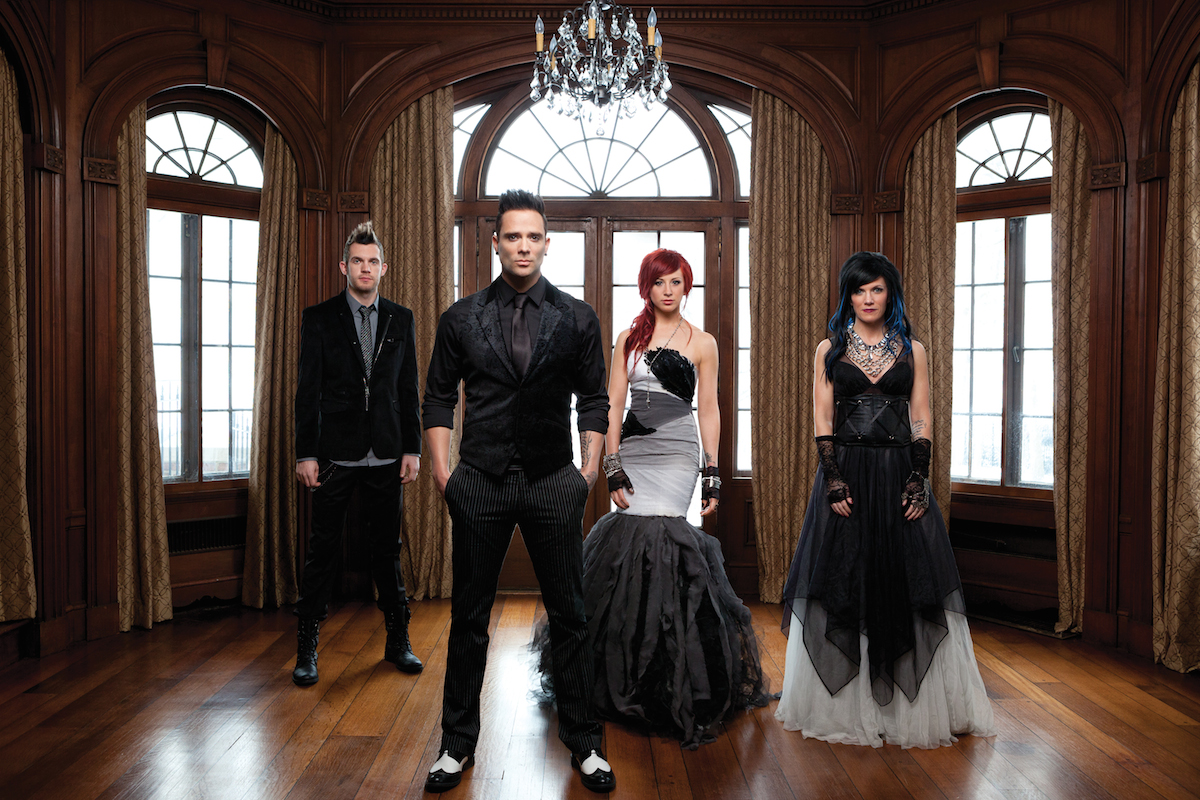 GRAMMY®-nominated, platinum-selling rockers Skillet are poised to headline the Western leg of the Winter Jam Tour Spectacular, one of the largest annual tours in the world. Making history earlier this year with more than 600,000 people at a total of 47 shows across the country, the tour will conclude an unprecedented year with stops in nine additional cities in November.

Founded and hosted by GRAMMY®-nominated NewSong, this year’s Winter Jam West will also feature for KING & COUNTRY, Jamie Grace, Lincoln Brewster, Family Force 5 and Love & The Outcome, as well as special guest Sadie Robertson (“Duck Dynasty,” “Dancing with the Stars”) and evangelist Tony Nolan. In addition, the Pre-Jam Party is set to showcase performances from Stars Go Dim, We Are Messengers and OBB.

“We are so excited to bring Winter Jam out West again,” said NewSong’s Russ Lee. “Every year God exceeds our expectations with the ministry that happens. With this year’s unbelievable artist roster, this is sure to be a night of worship and fun not to be missed.”

GRAMMY®-nominated and platinum-selling rock band Skillet has sold more than 11 million albums and singles in the U.S., racked up more than 160 million YouTube views and amassed a diehard following whose members number more than five million on Facebook alone. Their 2013 Dove Award-winning release RISE debuted at No. 4 on the Billboard 200 and No. 1 on the Billboard Rock and Christian charts, which led to four consecutive No. 1 radio hits. RISE also gave Skillet their late night television debut on “Conan” and follows the band’s 2009 platinum blockbuster, Awake, which garnered three Billboard Music Awards and spawned four multi format hit singles, including the platinum singles “Awake & Alive” and “Monster,” whose companion video has generated more than 69 million YouTube views. Skillet was the only active rock band to achieve RIAA Platinum Certification in 2012.

Christian music leaders NewSong continue to oversee the groundbreaking Winter Jam Tour Spectacular. Annually ranking among the top first-quarter tours in the world, Winter Jam has helped provide a powerful platform for the Gospel in major arenas around the country since 1995.

With a career spanning more than 30 years, 19 albums, 20 #1 Christian radio singles, a #1 mainstream AC hit, a GRAMMY® nomination and induction into the Georgia Music Hall of Fame, alongside numerous other achievements, NewSong is among the most respected artists and mentors in Christian music today. Their unparalleled ministry has been highlighted by such defining songs as “Arise, My Love,” “The Christmas Shoes,” “Rescue” and “The Same God.” The band’s latest recording and second live worship set, Faithful (Integrity Music), debuted at #1 on Nielsen SoundScan’s Praise & Worship chart earlier this year. In addition, NewSong’s Faithful DVD—featuring video selections filmed during the live worship recording, as well as exclusive interviews with band members—was recently nominated for a Dove Award for Long Form Video of the Year.