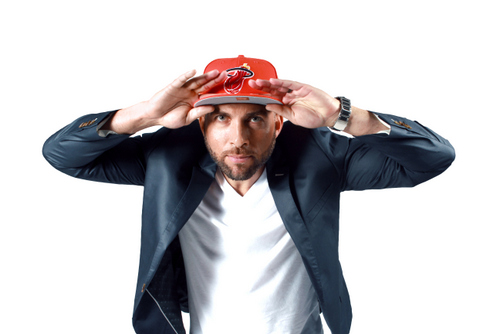 For the second year in a row, Rawsrvnt’s music has been used in a CBS telecast of a Miami Dolphins game.

This year’s track, titled “Go Hard,” features West Coast artist Transparent and will be played during the team’s pre-season game against the Chicago Bears on Miami’s WFOR-TV. It will also broadcast on the station’s CW network channel (WBFS-TV).

In 2014, Coach Joe Philbin played Rawsrvnt’s “Game Changer” song during a regular segment on his show for the station. They also gave the track’s associated t-shirt to the Dolphins football player who was the “Game Changer” of the week and used the song to soundtrack a highlight package from the team’s pregame show against the Tampa Bay Buccaneers.

“I’m living the dream, man,” Rawsrvnt said. “I’ve always known my music could be a perfect compliment to the sports world and love that I get to connect it with my favorite NFL team.”

“Go Hard” will be featured on Rawsrvnt’s upcoming Game Changer album which will be released for pre-orders Friday, August 21, 2015 exclusively on iTunes.