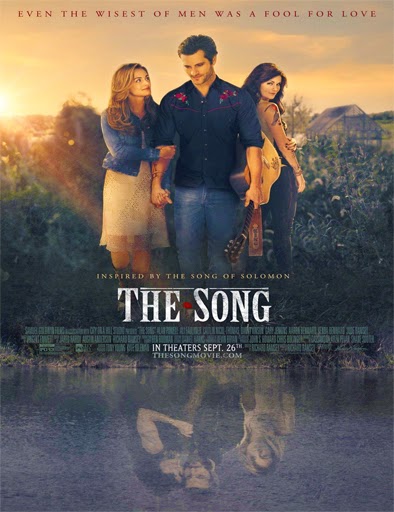 City on a Hill Studio’s theatrical debut THE SONG was honored this week by the Gospel Music Association with a nomination for “Inspirational Film of the Year” at the upcoming DOVE AWARDS.  The award announcement arrived just as the film prepared to make its world television debut on Friday August 14, on EPIX Network.

Since its theatrical release, the sleeper-hit continues to pick up accolades and awards including the 2015 Wilbur Award (Religion Communicators Council) for Best Drama, an Editor’s Pick by Focus on the Family’s Plugged-In, and a CROWN Award for Best Picture by the International Christian Visual Media Association.

Fan momentum continues to drive the project through word of mouth, church curriculums, VOD rental and DVD sales. Unlike many of its contemporaries, THE SONG has the unique billing of being heralded by critics, church leaders, Christian and atheist filmgoers alike. One large conservative denomination pulled advertisements and would not allow any editorial coverage despite positive reviews by their own pastors and seminary, due in large to the story being set in a vineyard with some wine-drinking on screen.  These topics have not deterred viewers however, and since it’s release on Amazon, THE SONG has achieved an impressive audience score of 4.6 out of 5 rating, with 77% of fan reviewers giving the film 5 stars.  iTunes has a similar story, with the film holding a 5-star audience rating from consumer reviews, and Rotten Tomatoes shows a surge in fan support, with an 85% user score.

THE SONG was released theatrically in September 2014, through Samuel Goldwyn, with DVD release in February 2015 through Sony Affirm.

Starring Alan Powell of pop band Anthem Lights, Caitlin Nicol-Thomas (“Nashville”), and Ali Faulkner (THE TWILIGHT SAGA: BREAKING DAWN – PART 1), and the national debut of Richard Ramsey as writer/director, THE SONG is a music-driven romantic drama that is an authentic, redemptive story of marriage, temptation and success.

Music is a driving force in the film, and offers a soundtrack featuring the stars of the film, along with fellow Dove-Nominees NEEDTOBREATHE, and Americana heroes Emmylou Harris, Ricky Skaggs, Roger McGuinn participating in a re-make of the iconic song “Turn, Turn, Turn!”  THE SONG Album is distributed through Capitol Christian Distribution.

THE SONG follows aspiring singer-songwriter Jed King (Alan Powell) as he struggles to catch a break and escape the long shadow of his father, a country music legend. After reluctantly accepting a gig at a local vineyard harvest festival, Jed is love-struck by the vineyard owner’s daughter, Rose (Ali Faulkner), and a romance quickly blooms. Soon after their wedding, Jed writes Rose “The Song,” which becomes a breakout hit. Thrust into a life of stardom and a world of temptation in the form of fellow performer Shelby Bale (Caitlin Nicol-Thomas), Jed’s life and marriage begin to fall apart.

What others are saying:

City On A Hill Studio’s next project includes publishing church resources for the upcoming theatrical film WOODLAWN, opening October 16th.  Those resources can be previewed at WoodlawnResources.com

THE SONG debuted on EPIX Friday August 14 at 11pm EDT.