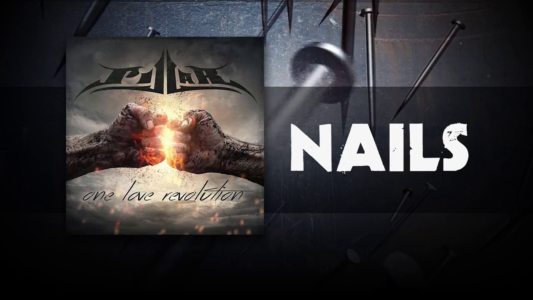 The storm is getting closer…

Back in October 2012, the highly popular Christian rock stalwarts Pillar announced that not only were they making their return but that they would be returning with the line-up almost all Pillar fans would agree was their best. The news that Rob Beckley, Michael “Kalel” Wittig, Noah Henson and Lester Estelle Jr. II were back together again sent many a Pillar fan into a frenzied excitement and they were left waiting anxiously for the promised “storm” to arrive. Since their announcement, they have been working hard on their new album, which was funded by a highly successful Kickstarter campaign last year, and taking their time to make it the best it possibly can be, releasing snippets here and there. Now, almost three years after their reformation, and a year after the original planned release date, the storm is set to arrive in just a few weeks.

As we’ve revealed on our Facebook Page a number of times, the highly anticipated return album from Pillar is entitled One Love Revolution and is set to be released digitally August 21st, with the physical album releasing 3 days earlier (8/18) exclusively at Lifeway. All digital pre-orders, which launched today, come with an instant download of “We Ride” and will also feature the bonus track “A Season.” The Lifeway CD features the bonus track “Fall The Foe.”

The links to digitally pre-order the album are below, as is the album’s teaser video. Our review of One Love Revolution will be coming in the coming weeks, so make sure you “Get Plugged In!” to us below so you don’t miss that.