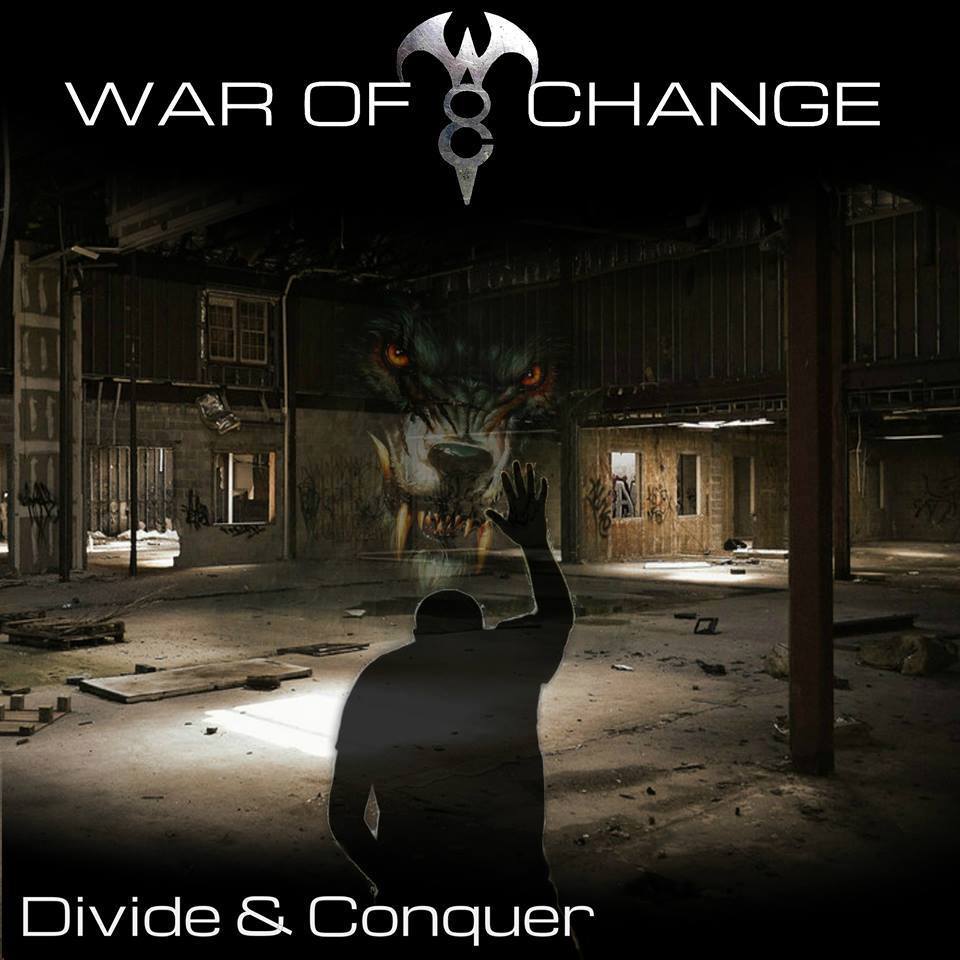 War of Change Divide and Conquer on Debut EP

Dayton’s War of Change is no stranger to adversity. Helmed by former drummer turned frontman Mick Blankenship, the Christian rock band has at times considered calling it quits, even as a still up and coming act. Yet, Blankenship continues to persevere despite the multitude of hardships. The result is War of Change’s first proper release, the Divide & Conquer EP, recorded and produced entirely by Blankenship himself.

Divide & Conquer opens with “Worthless Me,” a blisteringly heavy tune with industrial undertones. The edgy banger is the strongest song on the entire EP, and a fantastic way to kick things off. On the next track, “Our Allegiance,” Blankenship slows the tempo down without decreasing the intensity one bit. Lyrically the song is an ode to the nation’s troops, in appreciation of all that they’ve done for the great United States of America. “This Means War” is another high-octane rocker, but this one doesn’t stand out nearly as much as “Worthless Me.” This is due partly to the lack of industrial edge, but it’s also not as stellar a vocal performance from Blankenship. “This Means War” is still a fun song; it just doesn’t have that punch to push it over the top. The ending is a nice touch though, and leads straight into “Damage Revolution,” which follows in the same vein as its immediate predecessor. The upbeat “Numb” closes out the EP. With feisty guitarwork throughout and even a solo in the bridge, “Numb” ends Divide & Conquer on a relatively high note.

For being a one-man show, Divide & Conquer is an impressive release. Its highlights are most definitely packed at the front of the EP, but the rest of the effort isn’t half bad either. After a while, however, these songs lose much of their staying power. This isn’t to discount the talents of Blankenship; after all,  the man was the single driving force behind everything. It’s just that his vocals don’t always meld seamlessly with the instrumentation. With the exception of the first two tracks, it’s almost as if the vocals and instrumentation don’t fit. That being said, War of Change still makes a name for themselves on their proper debut, and it will be interesting to see how their future unfolds.