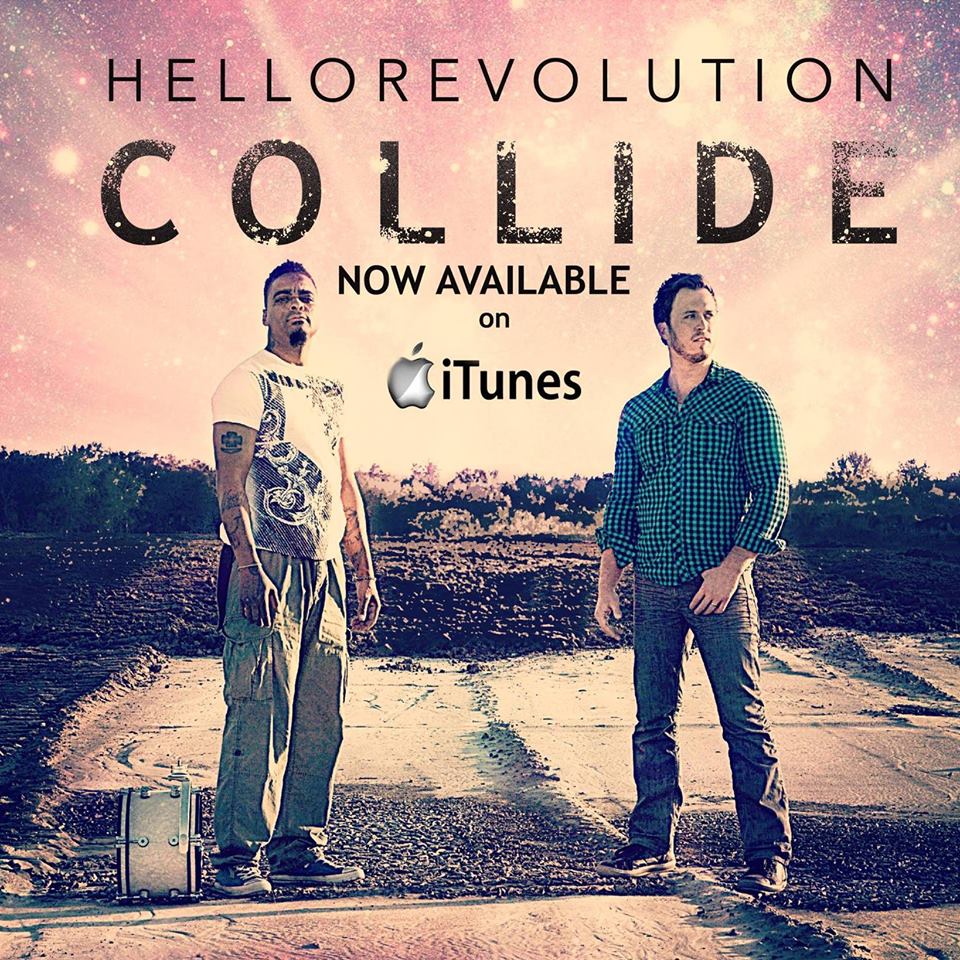 Hello Revolution unveiled the lyric video for their “Collide” single at the start of this month. The lyric video can be seen above. “Collide” was released back in April.

As Hello Revolution, we are called to make an impact of people’s lives through our music. We set out to meet three specific goals; introduce people to Christ and everything He’s done for us; provide a moment for a person to give their life to Christ; and give that person the drive to go out and make their own impact for the Kingdom.

Formed in Orlando, FL in 2006, Hello Revolution came out of the gates and caught everyone by surprise with an extremely unique sound, blending retro rock with electronic pop-funk. Wrapping that sound around catchy melodies and powerful lyrics that are Christ-centered, Hello Revolution quickly built a great following and received rave reviews by critics and fans.

“I’ve know this group for many years, they are focused on the call God has given them and have powerful testimonies and a great message. The music is on a level all its own, equal with bands like Third Day, Toby Mac and others.” -Urban M, True Swagg Radio

HR started gaining even more traction through radio, having their single “The Admiral” played on over 200 stations across the U.S. and internationally. And with the growing success of their first self-entitled album, the band was chosen as the headliner for the well-known Young American Showcase tour in 2009, performing up and down the east coast in front of thousands of middle school and high school kids every day. The tour really helped the band develop a professional, engaging show that led to great opportunities opening for big name artists like Third Day, Newsboys, Superchick, and more.

After a brief hiatus, Hello Revolution is coming back stronger than ever and is currently working on a new EP with award-winning producer/composer Brad Nyght. The first single, Collide, is set to release March 2015 and has tremendous potential to make a great impact for listeners. For HR, the focus remains on Christ and the hope that the message in their music reveals His love for people…that’s the goal, that’s their mission, that’s their purpose.