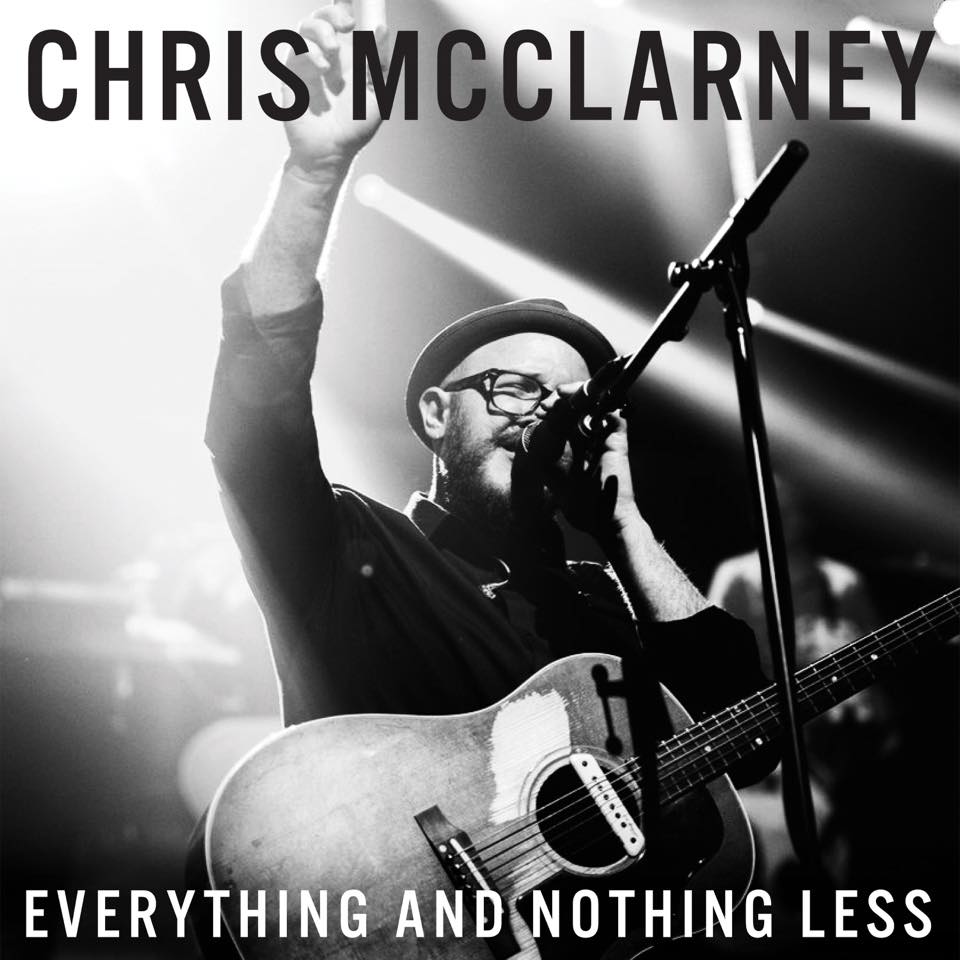 Capitol Christian Music Group and Jesus Culture Music are excited to announce the release of Chris McClarney’s new live album, Everything And Nothing Less. This nine-track project is slated to drop June 9 and was recorded live at the 2015 Jesus Culture “Encounter Conference” in Sacramento, CA. The album is following his other three releases, Love Never Fails, Introducing Chris McClarney and Defender.

Everything And Nothing Less features nine live original tracks where McClarney applies his passion to see people experience the love and power of Jesus. His hope with this record is that people will be able to connect with God in a real way. “Chris McClarney is a worship leader who has impacted my life, and I am so excited about this new live album he’s releasing with Jesus Culture,” states Jesus Culture’s Kim Walker-Smith. “I believe it captures his heart and the anointing that is on his life in an authentic and powerful way. These songs are some of my new favorites and I know people are going to be so blessed when they hear this recording.”

McClarney is well-known for writing the powerful worship anthem, “Your Love Never Fails,” which has become one of the most popular songs in America’s churches as reported in the TOP 25 of Christian Copyright Licensing International (CCLI). “Your Love Never Fails” is now Jesus Culture Music Catalogue’s top selling song of all time, as well as the title track to their biggest selling album in 2008. Newsboys released the song and it went No. 1 on the Christian Hot AC/CHR chart for six consecutive weeks. McClarney’s other top CCLI songs include “Your Love is Everything,” “I Need You More” and “Waste It All.”

EVERYTHING AND NOTHING LESS TRACK LISTING:
1. Holy Moment
2. All Consuming Fire
3. God Of Miracles
4. Everything And Nothing Less
5. Beauty For Ashes
6. On Earth As It Is In Heaven Feat. Kim Walker-Smith
7. Running After You (Deep Calls)
8. Thirsty
9. Came to My Rescue

Pre-Order Everything And Nothing Less:
iTunes | Amazon

Jesus Culture Music is a label that contains 12 artists including: Jesus Culture Band, Kim Walker-Smith, Bryan and Katie Torwalt, Chris Quilala, Kristene DiMarco, Derek Johnson, Justin Jarvis, Andrew and Mary Kat Ehrenzeller, Chris McClarney, Skyler Smith and Josh and Amberly Klinkenberg. To date, the Jesus Culture Band has recorded ten albums and released a total of 25 projects on their music label. The latest release from Jesus Culture Band, Unstoppable Love, climbed to No. 2 on the iTunes overall chart and debuted at No. 25 on the Billboard Top 200 chart and No. 1 on the overall Top Christian/Gospel Albums Billboard retail chart.