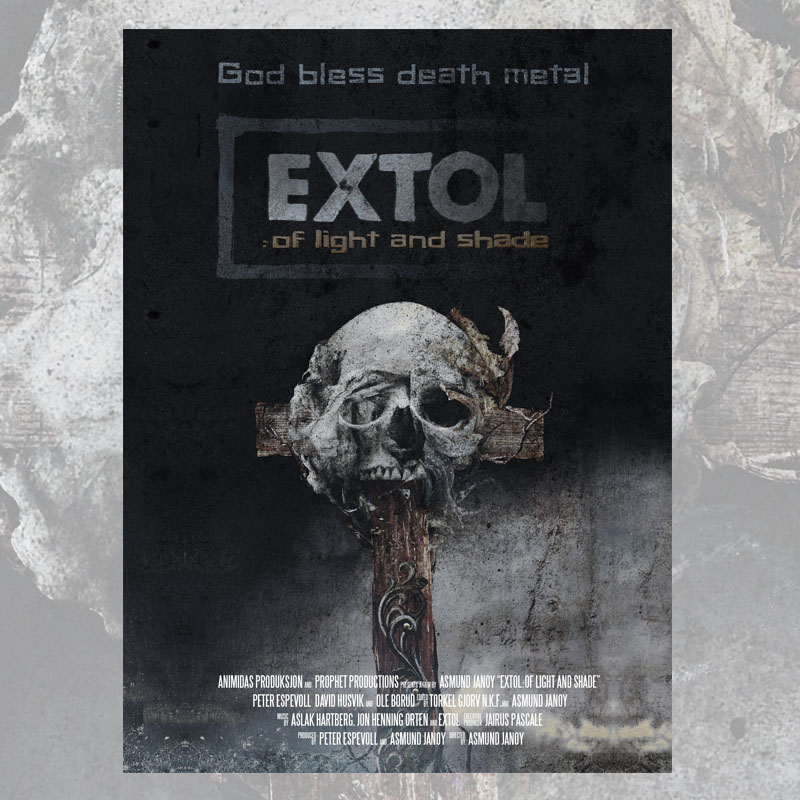 The Extol “Of Light and Shade” DVD has finally been released! Shirts are selling out fast, but you can still pick up the DVD (and a shirt if you’re quick)!

A documentary about the Norwegian Christian death metal band Extol. In 2007, after 6 studio-releases, Norwegian Grammy award nomination, world wide touring with bands such as Mastodon and Opeth, the band went off the radar without any explanation. More than 5 years later, Extol reunites to embark on the production of new material. But life looks truly different for the trio Peter, David and Ole. With family duties and health issues to consider the challenges are lining up for the group that is determined to make “the best death metal album in ages!”. The band that have been faced with attacks from two main oppositions; both Christians and forces within the Norwegian metal scene, known for their brutality and dark history. How does Extol combine their faith with this expression, in a genre that is built upon the aggressive, morbid and occult? Out April 2015 on DVD and Video-On-Demand.