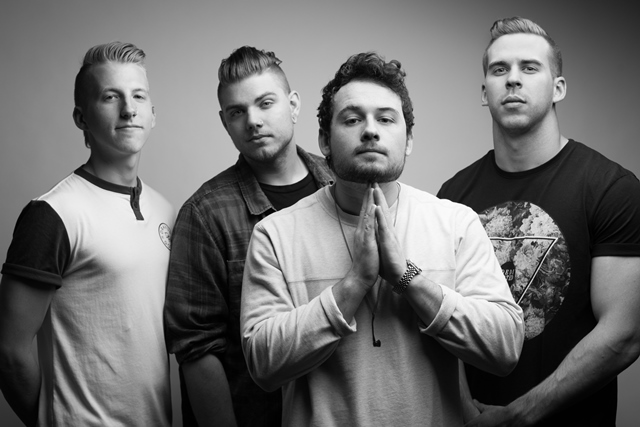 Alternative Press premiered a new video from Central Kentucky’s XXI last week. Formerly known as A Feast For Kings the video/song Memories is an open tribute to their fallen vocalist, Eric Gentry. Last Sunday marked the one year anniversary of his death.

Speaking on the song Seth Weigand (guitar/clean vocals) said, “as hard as it is to capture the loss we feel, the song is really about outliving someone who was such a big part of your life. It’s about remembering them and carrying on their dreams for them.”

The video captures the messages as well, following two friends from childhood until their twilight years. Weigand adds ”what makes it a proper tribute to Eric for us is that his Dad and older brother appear in the video.”

Watch the original Alternative Press video premiere of Memories Here or it can also be seen at the top of the page.

In addition to the new name, the band has stated that on Memories, “we have a more melodic sound than our past material. We will most likely continue to grow in a rock direction as opposed to metal-core moving forward.“ A Feast For King’s drummer Carson Butcher handles lead vocals in XXI. The band is rounded out by Jamie King on guitar and Robbie Barnett on drums.

With this video also comes news of XXI signing with Tooth & Nail Records. Of the signing, Butcher said on behalf of the band, “we are humbled and honored to be part of the Tooth & Nail roster. We have been talking to the label for quite a while and they have continued to support us through our tragedy and grief. The fact that they are a highly respected label that we grew up listening to also adds to our excitement.”

A Feast For Kings initially formed in 2010 and grew from a hobby into a formidable band. Their independently released 2014 EP (Hell On Earth) even reached #5 on the iTunes metal chart.