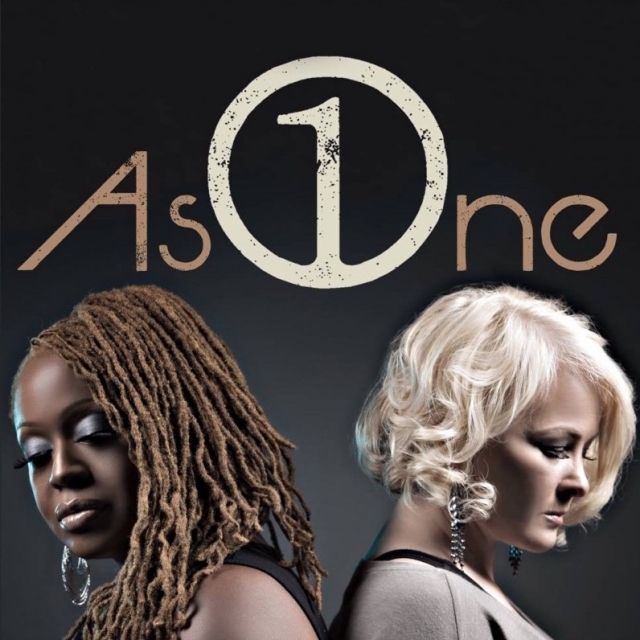 The 8-track self-titled album features the duo’s lead single “Hero,” featuring backing vocal contributions from Stellar Award nominated aggregation Lamar Campbell and Spirit of Praise (best known for the popular hit song “I Love You Jesus/More Than Anything”) which has already proven itself a champion at radio for boldly declaring God’s undefeatable love.

The rest of the album is an assembly of diverse sounds and musical textures pieced together to share stories of love, hope, faith, and triumph. “Love Is a Better Way” zooms full speed ahead from its beginning with its rhythmic, horn-filled instrumentation and messages of hope while songs like “Love Won” and “Born To Die” narrate musical testimonies of overcoming. This theme is common across the album, as evidenced by the emotional “He’s Faithful” – a soothing number lined with tidings of God’s everlasting faithfulness. 10-Time Grammy Award winner Mark Kibble of Take 6 teams up with AsOne on the song “You Prayed Me Through.”

Elsewhere on this musical journey, listeners are guided to the African-inspired sounds of standout track “One” featuring Stellar Award winning Christian rapper Da’ T.R.U.T.H. and Lamar Campbell & Spirit of Praise. A percussion-laden affair, the song radiates as an ode to appreciating everyone’s differences and, in essence, lends itself as an emblem to what the group stands for – unity.

It’s that very call for unity and racial harmony that is so desperately needed in times like these. And, if their debut album is any indication, AsOne has no reservation taking a stand to spearhead that movement.

AsOne will embark on a promotional tour in support of their self-titled debut release. They will make stops in Augusta, GA at the Garden City Gospel Fest (May 30); Praise in the Park in Atlanta, GA (August 1); Nashville (June 20); and Los Angeles (June 27); among other cities to be announced at a later date.

About AsOne:
Lisa and Theresa are music veterans in their own rights. Already collecting critical acclaim from every corner of the country via her solo efforts, Lisa is a celebrated songwriter whose lengthy credits include music for Brooklyn Tabernacle Choir, Colorado Mass Choir, and Jana Long of Avalon. Likewise, Theresa, a graduate of the world-renowned Berklee College of Music in Boston, is a highly sought after professional background vocalist for Queen Latifah,Chaka Khan, Jennifer Hudson and many more.

Their musical union first proved itself a powerful alliance when Theresa was tapped to write for Lisa’s then-scheduled solo project. Their chemistry was so potent they opted to form the group AsOne instead and were immediately signed. In addition, after catching the eyes and ears of Disney, the group made their performance debut by opening on the grand stage at the world renown Disney castle for their annual “Night of Joy,” which also featured the likes of top acts Lecrae, Casting Crowns, Chris Tomlin, and more.