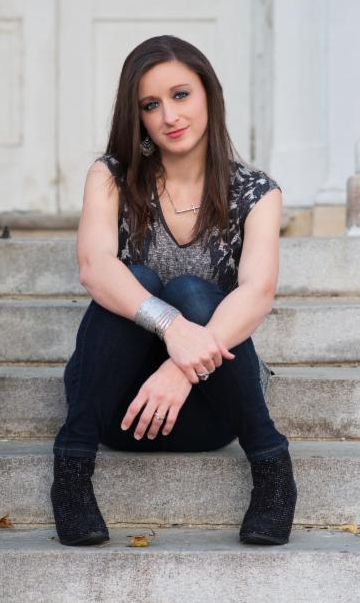 “Spoken For,” the latest retail single from Eva Kroon Pike, reveals a fresh side of the singer/songwriter and multi-instrumentalist that her previous releases have only hinted at. Available now via digital download from such online stores as iTunes and Amazon.com, “Spoken For” boasts a distinctly pop vibe that reflects another side of her personality, style and sound. While longtime fans of her music will easily recognize her distinctive vocals and unmistakable musical fingerprints on the song, they might be a bit surprised by the artist’s new moniker, Eva K.

“‘Eva Kroon Pike’ is a mouthful to say!” Eva K laughs. “We thought the occasion of releasing a new song with a fun, pop-oriented sound would be a great time to unveil a new stage name, Eva K, that rolls more easily off the tongue.”

“Spoken For,” the new retail single, is a bouncy, joyous, roll-down-the-windows and crank-up-the-volume pop anthem that showcases Eva K’s captivating vocals. She credits producer Conrad Johnson with providing just the right balance of shimmering pop instrumentation with a hint of rock ‘n’ roll to undergird the song’s encouraging message of hope and redemption.

“I actually had no intention of writing a new song when we went into the studio,” she remembers. “I expected to do some work on an older song, but after talking with Conrad, we both felt the time was right to explore a new musical direction that had been welling up in my heart. God led me to re-examine the focus of my ministry and “Spoken For” was born.”

The singer/songwriter is quick to point out that she is not abandoning her AC/Inspirational roots. “My earlier projects were more oriented toward inspirational radio,” she acknowledges. “I still love that genre, and will continue to perform those songs. But pop music is another side of my personality that I’ve always loved, and I’m thrilled to be able to move in that direction as an artist as well.”

“Spoken For” is available now for digital download. For more information about “Spoken For” or Eva K, visit evaksings.com.

“Music is my passion,” says Eva K, who has been singing since age 3 and also plays the guitar and piano. During her career, she has performed in front of thousands of people and has shared the stage with the likes of Anne Graham Lotz, Mark Harris, Babbie Mason, Third Day and Tenth Avenue North.

Eva K says her ministry is about “spreading the Gospel, one song at a time.” She believes that God has a plan for her life and that He chose, through her adoption as an infant, a very special family for her to grow up in to learn life’s lessons. Her heart’s desire is to point people to her loving Father who sent His Son to die so that everyone who believes in Him will live eternally. She focuses on the theme of adoption in her song, “Grace That Chose Me,” in which she sings, “If I’m anything close to what I’m meant to be, I owe it to the hands of Grace that chose me.”

Eva K’s current video, “Grace That Chose Me,” has aired at UP TV (formerly Gospel Music Channel) and has been featured at various events, including the Florida Baptist Convention. Eva K, who has experienced firsthand the blessings of being adopted into a loving Christian home, is an outspoken advocate for adoption. She has partnered with the Florida Baptist Children’s Home, a Christ-centered organization that provides services for abused, neglected, and orphaned children, where she helps to promote the organization’s adoption and other ministry services to hurting children and families.

Eva K’s current EP, Love Is All About You, produced by six-time Dove Award winning producer and songwriter Don Koch (producer for Avalon, 4HIM, and many others; songwriter credits include classics “In Christ Alone,” “Adonai” and “Mercy Said No”), was released in 2013. It is the singer/songwriter’s fourth recording project. Her current radio single is “Born To Run.”

Eva and her husband, Jonny, live in Central Florida with their two young sons. For more information about Eva K and Love is All About You, visit evaksings.com.