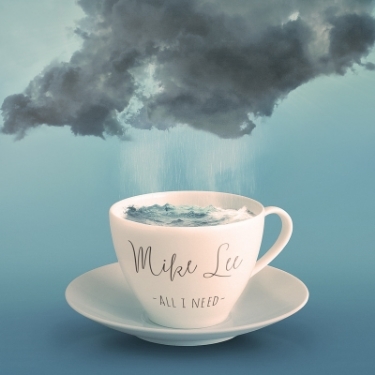 All I Need captures a tumultuous time for Lee, who spent the last year balancing touring and leading worship at his home church in Fort Wayne, Indiana with his job as a mixed martial arts trainer, in addition to newfound fatherhood and a life-changing diagnosis for his own father.

”Last May we released the first project, but I wrote the title track for this EP, All I Need, the same week,” explains Lee. ”I’m not a believer in coincidence. The same day my first album came out, my dad started chemotherapy for stage four lung cancer. There I was about to start this whole new journey with music, sitting next to my father who was being strapped up with needles, and I’m just going alright Lord, what are you doing?”

Lee’s wife was also pregnant with their second son. Balancing work, music, an ailing father and a baby to be, the simple but poignant chorus of “All I Need Is You” sung straight to the Lord provided both the peace he so desperately needed and became the catalyst for his upcoming EP.

”So often I’m looking at the Word and writing with an audience or a congregation in mind, but this was one of those times when I wrote without thinking about what anyone else would hear,” says Lee. “I had so much going on that the only way I could think to communicate was to sing to the Lord. As a thread through the whole of this season, it is fitting that God is all we need would be the central theme of this collection.”

As Lee prepares for the release of the songs that were born from a year of trials, he finds himself with a plethora of things to celebrate, from overwhelmingly supportive friends and fans on Kickstarter who successfully backed the upcoming EP, to the re-diagnosis of his dad down to stage three cancer, to a healthy new addition to the family. Now eight months old, baby Stetson joins three year-old big brother Preston, both of whom join Lee and his wife Michelle on the road.

And the road is where they’re headed, as Lee will be joining the Creation Festival Tour this spring and summer, performing before 100,000 Christian music fans. Lee has previously shared stages with the likes of Sidewalk Prophets, Audrey Assad, Love and the Outcome, Leeland and The Digital Age, amongst others.

Lee will be juggling the touring with his other passion – a mixed martial arts gym he co-owns with his brothers aptly named Lee Brothers Submission Academy.

“It’s not like my involvement in training fighters influences how I lead worship, or my worship leading influences how I train fighters, but I believe the Lord has put a passion inside of me that is not simply exercised by one or the other,” explains Lee. “There’s a certain way I can impact somebody when I’m coaching them in fighting that I can’t do when I’m making music, and there are specific things that I can only do with music. I don’t hesitate to preach the gospel when I train fighters. My guys know where I stand. My brothers and I are just people who love the Lord, and so we run a gym founded on the love and brotherhood that we’ve found in Him.”