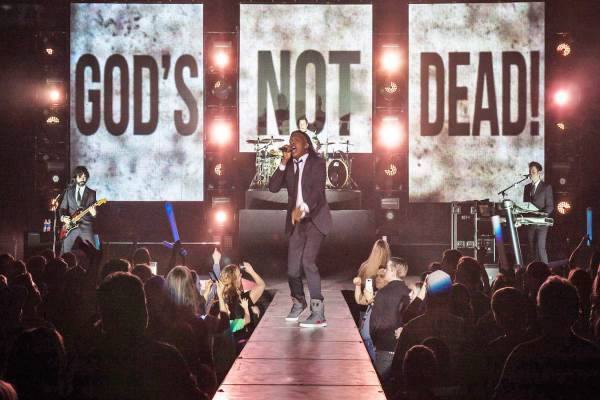 Newsboys’ iconic anthem, “God’s Not Dead (Like A Lion),” the title-cut from the group’s 2011 best-selling Inpop recording, has been certified Platinum® by the Recording Industry Association of America (RIAA), it was recently announced. Signifying single sales in excess of 1 million units, the award marks a career milestone for the GRAMMY®-nominated mega group and is one of the first Platinum® single certifications in Christian music this year.

Written by Daniel Bashta, “God’s Not Dead” was a multi-week #1 hit and helped inspire the blockbuster Pure Flix film of the same name. Both the God’s Not Dead album and single earned RIAA Gold® certifications last year.

“‘God’s Not Dead’ is among Christian music’s most significant songs of the decade,” said Mark Lusk, president, Inpop Records. “Newsboys’ impassioned performance of Daniel’s powerfully-penned statement of Truth is not only a defining song in Inpop’s history, but it continues to encourage people around the world to stand for Christ.”