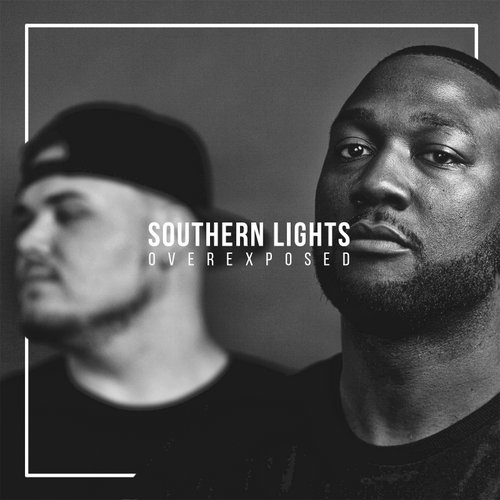 About Southern Lights: Overexposed
This album intends to hold in tension the harsh realities of Alex and Dre’s cultural realities—from upbringing to modern day—while purposely shining the light on Jesus in the darkness. This does not mean that each song will be a sermon, nor does it mean that each song on the album is trying to hide Jesus either, but rather like John Piper said, “stay in step with the gospel,” even if you don’t hear it explicitly in each song. There is a tension, but this album is “in step with the gospel.” The album is meant to be heard in one listen, though there are stand alone songs.

Be it the politically charged song Wake Up Music; the hard-hitting intro, Overexposed; to City of Nightmares II, you will hear southern beats, flow, warm mixing and mastering, production from Wit and Swoope––on I-285 and I-610—and an album that glorifies Jesus. Arguably one of our best project yet, or as Alex says, “the best project that I have put out having finally found my voice.”

Visual Album
Southern Lights: Overexposed – The Visual Album is the first ever short film featuring the entire track list of a recorded album. Instead of just creating 10 music videos for each track, similar to what Beyonce did for her surprise release, for the first time, we decided to create a cohesive body of work, tying together a complete storyline amongst the various scenes, which by themselves can stand alone as featured videos for each soundtrack. It’s unlike anything else out right now, from the quality of work to the messaging in the music, Southern Lights: Overexposed – The Visual Album is something truly unique. After the release period, we will cut each video and release them separately, which viewers can then tie back together to experience again.