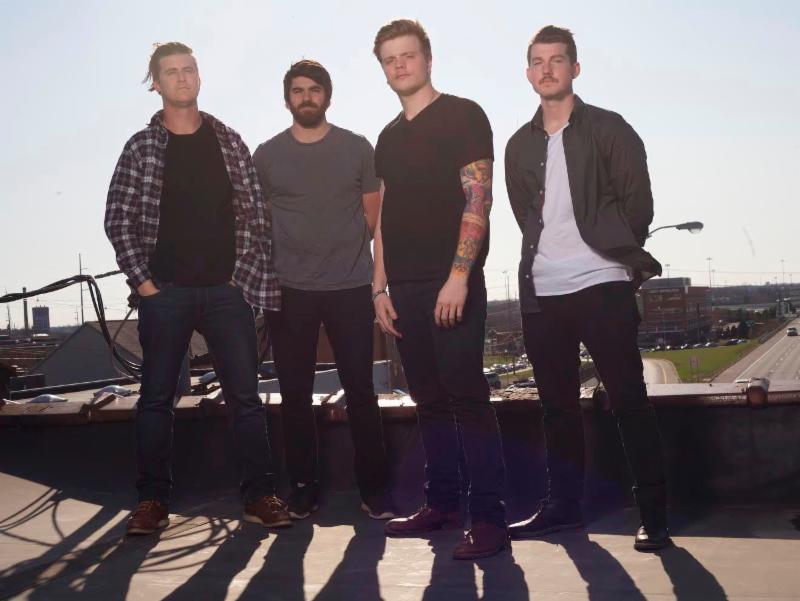 Wolves At The Gate To Release Reprise EP May 12

Solid State Recording artists, Wolves At The Gate have announced a new EP for release on 5/12. Though known for their powerful post-hardcore work, the Reprise EP features the band in an entirely acoustic setting. However, rather than suggest that this will be a stripped down guitar and voice affair, it should be stressed that these are full band renditions.

Appearing on the forthcoming release will be five re-imaginings of fan-favorite songs as well as a brand new song. Wolves At The Gate has also taken the opportunity to recruit an impressive list of guest-vocalists on the EP. (Full track listing appears below)

1. Dead Man (feat. Michael McGough from Being As An Ocean)
2. Relief (feat. Toby Morrell from Emery)
3. The Bird and the Snake (feat. Ryan Leitru from For Today)
4. The Father’s Bargain (feat. Zach Bolen from Citizens & Saints)
5. East to West (feat. Aaron Troyer from Come Wind)
6. Waste

Speaking on the idea for the EP, Steve Cobucci (vocals/guitar) said ”This isn’t something new for us. Usually when I write a song, I do it first on acoustic guitar so it’s never been a stretch for us. There have been times where we have decided to do an impromptu acoustic set after a show or during a set; it’s something we like to do at times.”

In regards to the assemblage of guest stars Cobucci expressed “We didn’t have to go far to choose these people. They are friends of ours from touring and playing and they also happen to be some of our favorite vocalists as musicians.” The first five songs were selected from the bands two full-length albums VxV (2014) and Captors (2012). The final song “Waste” is a brand-new song created specifically for this EP. In what can be seen as a reversal, it will potentially appear as a full band version on the band’s next full-length.

Speaking on “Waste” Cobucci related “It’s a metaphorical song about a pirate who is shown great mercy by the king in his pardoning of all crimes against the kingdom. Who in return sets sail again to tell other marauders of a good king who is merciful to all who come to him. In essence this song was written to explain why we preach the Gospel in our music and at shows.”

Wolves At The Gate will be on tour with Emery and Sleeping Giant this May (tour dates appear below).


Read our review of their latest release VxV here.