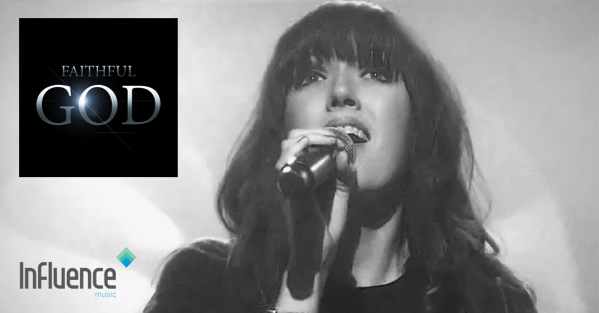 “Faithful God,” the first of four singles from the upcoming worship album, SOAR, from Influence Music, is now available.

A mid-tempo declaration of God’s steadfastness in the storms of life, “Faithful God” was written by worship leaders Brandon and Jerah Divine in the fall of 2013. Brandon serves as director of worship experience at The Church at Chapelhill, a culturally diverse ministry founded in 2001, now serving 3,000 members on three campuses west of Atlanta, Georgia.

“We’ve been writing songs for years,” Divine says, “and we’ve always tried to write songs specific to the needs of our congregation. ‘Faithful God’ was written for a sermon series called ‘Family Strong,’ which was all about how we as families—as a church family—respond when [tragedy] hits.”

“Faithful God” made an instant connection with Chapelhill worshipers. “Our intent,” Divine continues, “was to write a song to connect with the teaching, but ultimately the honesty of the lyrics and simplicity of the chorus is something everyone could relate to.”

The debut single from the much-anticipated Influence Music release, SOAR, captures the modern, grassroots approach of the album as a whole. Free chord charts will be available for the entire collection.

Produced by John Hartley (Matt Redman, Leigh Nash), SOAR will be available for pre-order July 2015, featuring original worship music from leading church ministries around the U.S. The official worship release, SOAR, establishes a new benchmark, capturing the sounds and spirit of innovative churches around the world.

“This single demonstrates our continued efforts to release worship music that brings the worshipper into a more intimate relationship with God,” says Sol Arledge, president of Influence Music. “Brandon and Jerah have written an inspired piece of music, and we are excited about getting it into the hands of other worship leaders.”

About Influence Music:
Influence Music exists to cultivate Spirit-empowered worship leaders who embrace and reflect the presence of God, to curate songs inspired by the prophetic Word of God, and to create resources that build and sustain a healthy worship culture in churches around the world. For more information, visit influencemusic.com.About The Church at Chapelhill:
Founded in 2001, The Church At Chapelhill began as an Assemblies of God church plant under the leadership of Pastor Dave Divine. Now serving a weekly gathering of 3,000 people online and on three campuses in and west of Atlanta, Georgia, Chapelhill remains clear in its vision and outreach: Worship the Lord. Reach All People. Equip to Serve.
FEATURED VIDEO
Get your video featured here