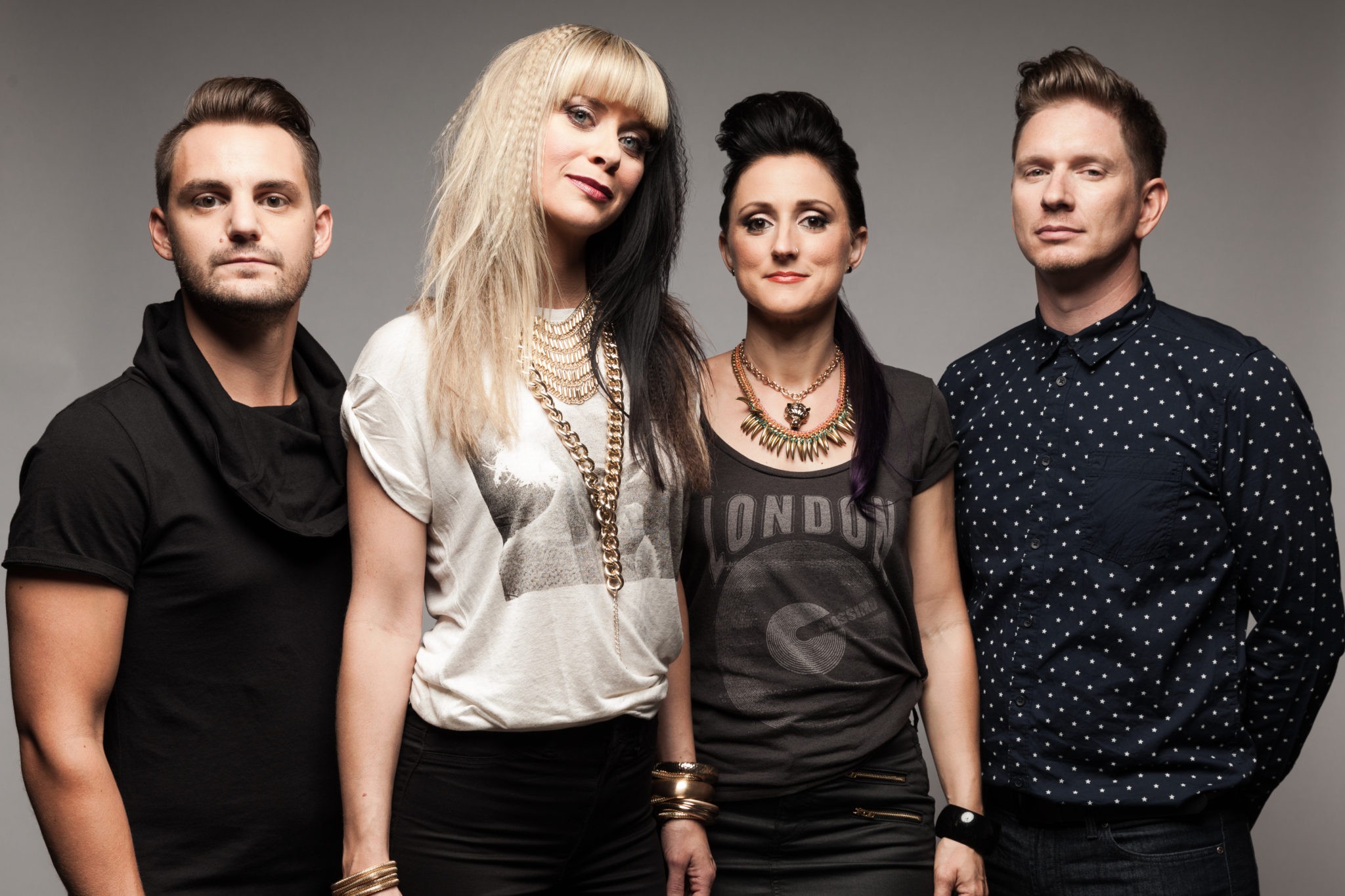 The first new album in over three years from Fireflight, INNOVA, releases today amidst wide acclaim. Building on a storied history that includes a Grammy nomination, major festivals and nearly 400,000 albums sold, the new album is lauded as a masterful step forward. Launched by a bevy of fans through a PledgeMusic, crowd-funding campaign that hit 125% of its goal, and crafted during a season of pain, uncertainty and frustration, INNOVA broadens Fireflight’s sound to exhilarating new heights without losing the core personal connection to their past.

For band cofounders Dawn Michele (vocals), Wendy Drennen (bass, backing vocals), Glenn Drennen (guitar) and Adam McMillion (drums since 2011), INNOVA,which is Latin for “renew,” marks Fireflight‘s fifth studio album, and is a celebration of their 15th year as a band.

Fireflight built a fiercely devoted following across four albums pushed through the major label system, including The Healing Of Harms, Unbreakable, For Those Who Wait (which cracked Billboard‘s Top 100) and the No. 1 Christian Rock Album, Now, which surfaced in Spring 2012. With 13 million views on VEVO and eight No. 1 radio singles so far, INNOVA utilizes the innovative tools available to established bands in 2015 for a modern take on a timeless alt-rock sound. Fans enamored by Imagine Dragons, Ellie Goulding, Katy Perry and the more adventurous post-Britpop of Coldplay, will all be invigorated by Fireflight‘s new album.

The album has already sparked the hit CHR single and video, “We Are Alive,” and top-charting rock single, “Resuscitate,” which held the No. 1 spot for 12 consecutive weeks. The third single and current RadioU Buzztrack from the album, “Safety,” features ANBERLIN’s Stephen Christian. After only three weeks at radio, the song has reached No. 16 as it quickly ascends Billboard’s Christian Rock chart.

“So many people live in the shadows, marginalized by a modern society that is more concerned with serving its own agenda than reaching out to those who are in need,” says Fireflight lead singer Dawn Michele, citing Psalm 46:1-3 as the inspiration for “Safety.” “Even when people let us down, we can find our safety in God. He is our ever present help in times of trouble, and we can be His hands and feet here on earth to others who are hurting.”

As radio heats up, including being named “Artist of the Month” by Effect Radio, and with numerous covers, features and reviews in media outlets, like Alternative Press, NewReleaseTuesday.com, Alternativeaddiction.com, Guitar Girl Magazine, YW Magazine, Rock Your Lyrics, Soul2Soul, Music Connection Magazine, FDRMX.com and more, here is what the critics are saying about INNOVA:

“Longtime listeners and newcomers alike are sure to latch on to Fireflight’s themes of perseverance and rejuvenation, alongside its standard hard rock stylings (now enhanced by electronic and stadium-ready pop elements) to further reinforce this fresh and fruitful new chapter.” – CCM Magazine

“INNOVA is an album that will be well worth the wait for eager fans. Beautifully striking the delicate balance between rock and roll honesty and electronic innovation, this project is one of the best yet from Fireflight…one of the musical high points of the year so far.” – NewReleaseTuesday.com

“Kudo’s must be given to Fireflight for taking a risk with a new album and having it pay off in a big way. There are some unforgettable moments on this album that fans new and old will come to love.” – Alternative Addiction

“Fireflight has established themselves as a force to be reckoned with. Their fifth album INNOVA excites with high-octane songs balanced with wonderfully intimate ballads… everything that has made the band shine is certainly there…From start to finish, INNOVA feels fresh and well executed.” – Indie Vision Music

While Fireflight’s touring has been quiet through the first quarter of 2015 as singer Dawn and her husband welcomed their first baby this spring, the band is gearing up to take the new songs from INNOVA, along with its fan favorites, on the road for a busy festival season. Hitting the San Bernardino County Fair (5/28), Ichthus Festival (7/10), Lifefest (7/11), Heaven Fest (8/8), Fishfest Omaha (8/9) and more this summer, the band immediately launches into the fifth annual “Small Town America Tour 2015” beginning Aug. 19. Co-headlining this 35- to 40-city tour with Seventh Day Slumber, and with special guests Shonlock and Scarlet White, the tour runs through Nov. 22 and is sponsored by ChildFund International.

“Every night, I see a connection happening, then I hear the stories from many fans firsthand,” says McMillion of the band’s touring. “We are real people who deeply care about the community within our fans. More than merely making a record we’re proud of, that’s the heart of what Fireflight means to us.”

For more information on Fireflight and INNOVA, as well as its touring, connect with the band’s social media links below.


Our review of Innova will be posted within the next 24 hours.