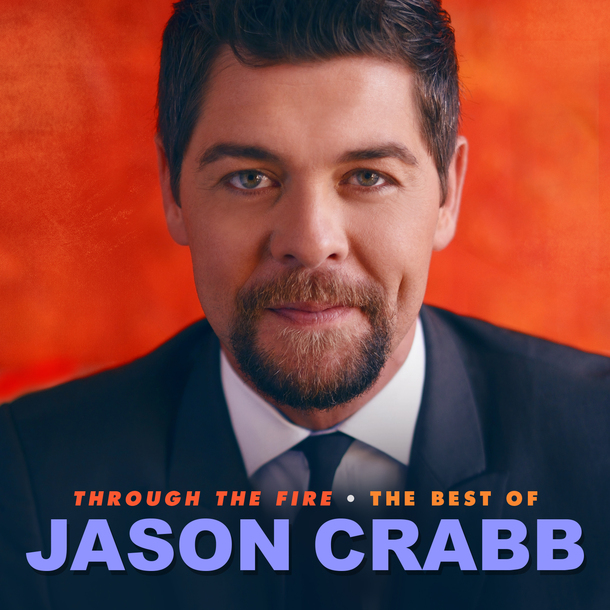 At the end of March Gaither Music Group released Through the Fire, The Best of Jason Crabb to retailers everywhere.  The hit-filled collection includes many of Crabb’s awarded and most requested songs, including “Sometimes I Cry,” “What the Blood Is For,” his unprecedented rendition of “I’d Rather Have Jesus” and, of course, his signature “Through the Fire.”

GRAMMY® Award winner and recipient of over 20 GMA DOVE Awards, Crabb has become known as one of the most respected and diverse vocalists in Christian music.  His soulful, heartfelt styles have made him a critics’ pick and a fan favorite of audiences ranging from “The Grand Ole Opry” and the Brooklyn Tabernacle to the Gospel Music Association (GMA) DOVE Award stages and Gaither HOMECOMING arena platforms.

For two decades Crabb has blurred the style lines of Christian music, combining a downhome gospel sound with soulful performances and contemporary arrangements.  He has been awarded the Artist of the Year Award at the GMA DOVE Awards as well as the Male Vocalist of the Year Award in addition to his 2011 Song of the Year (“Sometimes I Cry”) honor.  The vocal powerhouse has garnered a string of number one hits and chart-topping singles, a tour schedule of over 150 dates annually, ongoing tv appearances and nationally acclaimed recordings.

Through the Fire, The Best of Jason Crabb, exclusively distributed by Capitol Christian Distribution, is available now throughout general market stores and the Christian music marketplace in addition to online retailers including iTunes, Amazon and www.gaither.com.

SOMEBODY LIKE ME
SOMETIMES I CRY
HYMNS MEDLEY: THE EVERLASTING ARMS
THE MEETING IN THE AIR, I’LL FLY AWAY
THROUGH THE FIRE
GOD ON THE MOUNTAIN
LOVE IS STRONGER
GIVE
I’D RATHER HAVE JESUS
I SAW THE LIGHT
WALK ON WATER
WHAT THE BLOOD IS FOR
I’VE NEVER BEEN THIS HOMESICK BEFORE


Buy Through The Fire:
iTunes | Amazon