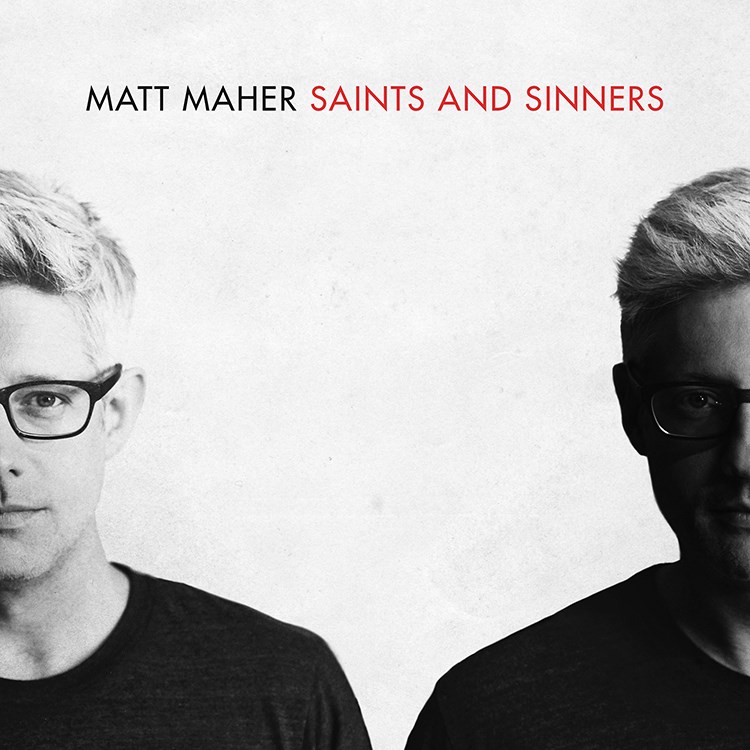 Matt Maher is a singer- songwriter born and raised in Newfoundland Canada. Matt has toured all around the world playing his music and has even performed for Pope Francis. Throughout his career Matt has released 7 studio albums, as well as his latest project Saints and Sinners. Each track from his latest project is inspired by a historical figure.

The first track off the album “A Future Not My Own” gets the album of to a solid start. It carries the sound Matt Maher is known and loved for. The song is inspired by the martyr Oscar Romero. The song talks about how our futures are in God’s hands. What we do and where we go is not up to us, we are being used for the greater good and furthering the kingdom of God.

“Deliverer” is a song of praise and thanks to God for being the one that saves us. “I was a drifter, I had nowhere to go…God you’re my deliverer, the one who carries us, God you’re my deliverer.” The song has a very thoughtful, yet upbeat vibe to it. The vocals are very prominent and Matt’s passion is very evident.

“Glory Bound” is a very fun, upbeat and passionate song. It talks about how we are all headed for glory, whether we are lost or found. “There is a train for the broken hearted, to carry you to the other side.” The song really gets into how we have all been forgiven, and God wants to take us to glory.

“Firelight” begins with a banjo solo, which is a very unique and different choice for Matt Maher. It was definitely a good choice because it adds to the song. The song was inspired by Mother Theresa and her ministry. “Burning fierce and bright, be my firelight.” The song is really calling out to God to lead us where he wants us to go, and be present in our lives.

The first single from the album “Because He Lives (Amen)” is a great worship song that has been embraced by many. The song talks about how we are alive because Christ died for us. “Because he lives, I can face tomorrow, because he lives, every fear is gone, I know he holds my life in his hands.” These lyrics really sum up what Christ did for us. Because he died and rose again for us, we do not need to fear, and he holds our lives in his hands.

“Rest” is an emotional, passionate track that brings the standard album to a close. The lyrics come from Psalm 23, and features “The Vespers” on background vocals. The song is inspired from a difficult time for Matt and his family as his grandmother’s health was declining. The acoustic track is a great song that provides space for reflection.

Overall Saints and Sinners is a great album. While filled with the sound Matt Maher is known and loved for on his previous albums, many will enjoy the fresh songs and his talented vocals.